An interview with DND: Deep house, live percussion, shamans and a robot monkey! 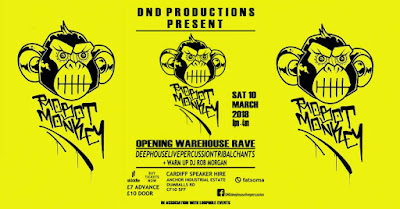 The Robot Monkey is coming! He's running around Cardiff asking deep questions about spirituality and getting sweaty on all night dance marathons. If you see him over the next week shout ROBOT MONKEY at him and see what happens.

DND are taking there live DJ show to the next level this year with live percussion and shamanic chanting over driving mixes of the finest deep house music.

A week before they take over Cardiff Speaker Hire we catch up with the guys behind the outfit to find out a little more.

An interview with DND: Deep house, live percussion, shamans and a robot monkey!

EMW: There are three of you. How did your paths cross?

DND: Danny (me) and Zirian met at University nearly 5 years ago whilst studying Creative, Sound & Music. Eventually our paths crossed with Dindi through our mutual love of music and then the three of us began organising secret location parties in rural Wales last year.

EMW: What’s your opinions on the standard of one hour sets in clubs?

DND: Although more DJ’s get a chance to play, 1 hr sets tend to be too short. As a result DJ’s try to reach the peak of their set very quickly, almost too reactionary, rather than take the room on a journey.

EMW: The impression I get from listening to your mixes is that you are mapping out a journey. Hence the 7 hour sets. Why 7 hours?

DND: 7 hrs allows us to take the audience on a journey, entertaining through building the night up to one cataclysmic moment, this allows us to get creative, varying the tempo and mood, and shaping a set which takes the room through deeper, darker and techie sounds, out into euphoric moments of eternal bliss!

EMW: Live percussion and house are well suited. How would you describe your sound to a passer by?

DND: The sound is deep and progressive, with a driving bass line provided by the percussion (we use congas and bongos) and vocals reminiscent of tribal gatherings.

EMW: Recently Zirian has joined you with chanting that really adds another dimension to your mix. How do you put together your sessions?

DND: Our sessions mainly consist and centre around the arrangements of deep, electronic and ethereal sounds.These are sourced by a wide vinyl collection with some real, early gem’s of underground house music. We then rehearse live together with driving, percussive rhythms and with Zirian’s chanting entwined.

DND: After experimenting in various placements and microphones over different sessions we have finally found a technique that works for us. Placed above the bongos we use an archaic, altai dm1kd dual impedance mic that picks up the higher tones.

Placed right underneath and centered in between the congas we have used both a an SE1000A and an Audio Technica 2035 to capture those lower frequencies. It’s somewhat unconventional but works for our sound.

We then treat the waveforms in ableton with some slight compression & EQ for an added surge of energy. 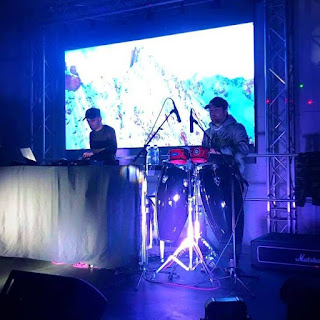 "A robot monkey is a primitive yet advanced being on a truly, spiritual journey to enlightenment. They are largely nocturnal creatures, frequenting the more discerning, underground gatherings here on planet earth and beyond!" #ROBOTMONKEY


EMW: Top 5 (between the three of you ) tracks currently.

DND: ‘DND productions Present - Robot Monkey Opening Warehouse Rave’ This is taking place at the newly established Cardiff Speaker Hire venue on March 10th, 2018. The event is special for us as its our debut into the warehouse with all elements a go! Expect deep house basslines, enchanting live percussion and wild tribal chanting. The night will also include audience participation with interactive instruments and tribal face painting.

EMW: Where would you like to take DND as a project? Any future dreams?

DND: We would like to grow DND as a recognised act whilst ultimately sticking to its fundamental roots, in eclectic underground house music. In the future it would be great to collaborate with other musicians and artists and to involve them in the project. Working with saxophonists, singers, and keyboardists would add further dimension, visual and live elements to the music and experience. This year we are aiming to establish ourselves within the South Wales circuit in various clubs, venues, secret location parties in West Wales and we would like to branch out into dance music festivals. At the moment we are also opening networks in Europe, such as Barcelona.

DND: A robot monkey is a primitive yet advanced being on a truly, spiritual journey to enlightenment. They are largely nocturnal creatures, frequenting the more discerning, underground gatherings here on planet earth and beyond!

Links to us & the event:

Bring out the inner monkey! 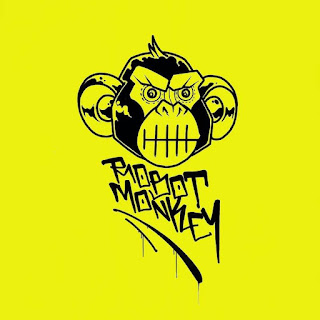