Every city has its story, Cardiff is no exception. It’s musical heritage can be found in the small clubs, live music venues and bars scattered around the lively centre of the Welsh capital. From cover bands to all original experimental art bands, Cardiff has a lot to offer. Sometimes it is helpful to have an indicator of what people are liking. The Cardiff Music Awards plans to do just that. Bringing together a massive list of artists and influencers.

The CMAs will be hosted at Cardiffs mid sized venue Tramshed on 30th March. Expect an event that celebrates the sheer diversity of music in the Capital. EMW caught up with CMAs founder Ed Townend to find out more. 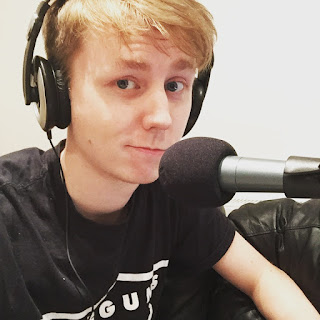 EMW: The CMAs are now open for voting. How many different categories are there?

ET: There are 20 different categories ranging from Best Group and Solo Act to Best Production and Radio Show.

EMW: How many years have you ran the awards?

ET: The 2017 awards are the second year of the Cardiff Music Awards. Initially I started the project in 2015 as a lone venture, basing it 100% on the internet with no marketing budget or other people working on it. It built momentum through a bit of press and word of mouth.

In 2016 I attempted to re-launch the awards with a Kickstarter project to fund an awards ceremony. Unfortunately the momentum wasn't quite there so I cancelled the project altogether. After the cancellation a number of people got in touch to discuss the future of the awards and I ended up partnering with River & Bear (www.riverandbear.co.uk) to bring the awards about in 2017.

EMW: Why did you decide to start the CMAs?

ET: The idea came about after attending the closing party of Swn Festival in 2015. I felt that I hadn't contributed enough to the music scene that year and so was trying to think of a way I could use my experience and passion about Cardiff's music to create something to give back to the community. I had previously worked on Oxjam Cardiff in 2014 and wanted to pursue another music project. The idea of celebrating Cardiff's music seemed obvious after I thought about it and so I decided to create a music awards.

EMW: It seems you have had a really positive response from businesses in the area. What kind of sponsorship have you been getting and is there a feeling that live music is being given enough attention in the city?

ET: We're really happy that so many local businesses are looking to get involved and hope to see more join as word spreads. Sponsorship is varying for each business involved but every contribution makes it easier to pull off the awards and make it accessible to as many people as possible. I think it's really important that local businesses support live music, the industry although booming still needs a lot of support when it comes to the smaller shows. Local businesses working together to continue live music in the area is essential for continuing its growth.

EMW: How do you think the closure of Four Bars and The Moon (upstairs) have affected the artists of Cardiff?

ET: It's a really sad state of affairs at the moment. My first ever professional sound engineering shift was in Four Bars and walking past it the other day and seeing it closed made my heart drop. I was also a part of the last show put on in The Moon before it closed.

Womanby St was the heart of Cardiff's music scene, especially when it came to events like Swn and Hub Festival. To lose two venue spaces in quick succession is a massive blow. On the other side though it's started a lot of conversation about the health of the music scene in Cardiff and has made many more aware of how fragile the scene can be at times. Hopefully we as a community can bounce back and some intrepid business people can open up new venues in Cardiff to help it continue. 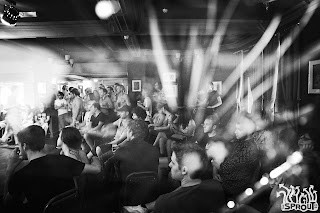 "Hopefully we as a community can bounce back and some intrepid business people can open up new venues in Cardiff to help it continue" www.cardiffmusicawards.co.uk

EMW: Do you believe city awards like the CMAs are beneficial for upcoming artists?

ET: I definitely hope so. Certainly this year it will be a reflection of industry and local support if you're chosen as a winner in your category. I think it also is a way of showcasing all artists no matter their background, genre or subculture and exposing them to the wider music scene.

EMW: Who would you recommend to listen to and catch live this year?

ET: Cardiff and South Wales has a great burgeoning scene and I'm really proud of the acts coming through. A lot of those acts are nominated this year and I couldn't be happier. Nominees I'd recommend include False Hope For The Savage, Boris a Bono, Junior Bill, Jack Ellis, Kizzy Crawford, Bryde & Dominic Griffin - just to name a few! Outside of the nominees there are some great acts too. I really liked seeing PARCS and Tetrahex - really expanding the electronic music scene in Cardiff with young talent. I wrote a blog summarising a lot of these acts recently! http://fearandloathingblog.tumblr.com/post/155951215755/fear-and-loathing-ones-to-watch-in-2017

EMW: Are you allowed to vote?

ET: Nope! I'm staying completely out of it. I trust the judges chosen and if I got involved in voting I wouldn't be able to take an objective view of the awards.

Find out more and cast your vote on the CMA website - www.cardiffmusicawards.co.uk