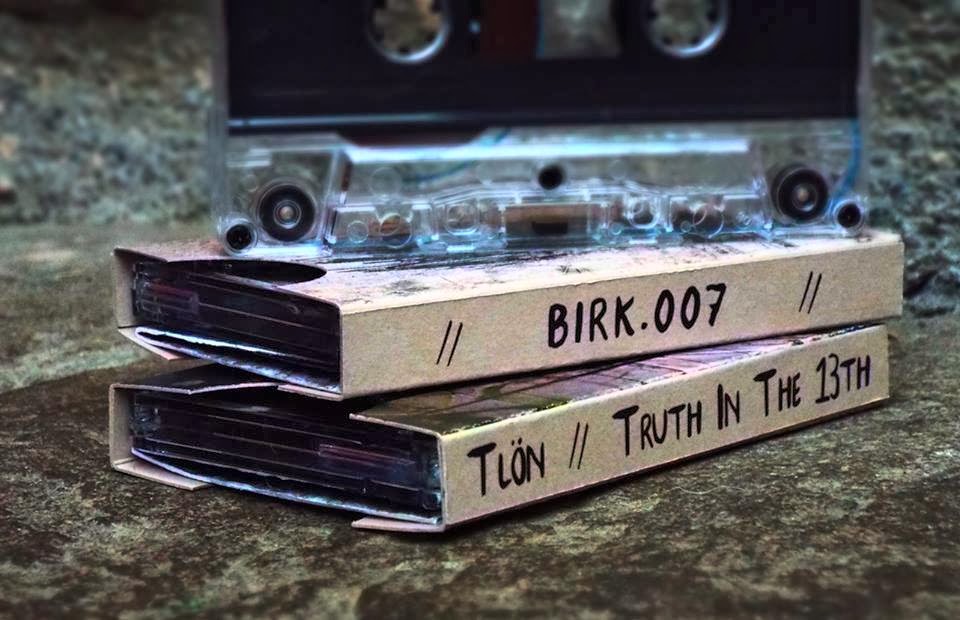 On the 10th of January 2014 I attended the Birkhouse 007 launch party celebrating the release of Tlön (Tlön's album Truth In The 13th is out now on tape cassette and digital download:
www.birkhouse.bandcamp.com/album/birk-007-truth-in-the-13th), an event I had been massively looking forward to since stumbling home one night and finding the event poster stuck to my shoe. To some this occurrence would be an annoyance but for me this provided me with a reason and a reminder to check out the Cube cinema, which I have ignorantly left on a long list of things I need to do.

Upon arrival I could already tell that the atmosphere at the Cube was going to meet my standards, dim lights, turntables at the bar, friendly staff and a selection of decent and fairly priced beverages. After soaking in the warmth in the bar room, I made my way into Cinema room, where first act Hicha was setting up for his much anticipated live set. Hicha has been sending me tracks for about a year now and with each one he sends, his sound seems to mature and increase in depth, so to hear he is finally debuting his tracks in a setting that is well suited to his music and amongst some of his peers is great news. His set begins with a selection of highly cinematic ambient soundscapes and dubbed out drones, reminiscent of 80’s science fiction and cyberpunk films. As his set progressed, gradually he seemed more focused and lost in his music, the set descended into a storm of broken techno.

Next up was Robin Stewart from the Giant Swan duo, who for me had a far softer approach than Hicha but still maintained a performance that kept your mind involved with his music. 45 minutes, felt like two seconds during Robins highly entertaining live set consisting of a rich, textural sound palette. During the duration of the set, Robin had a skate video playing which lent itself well to the music that felt as though it was constantly shifting through a different place and time.

Ekoplekz (AKA Nick Edwardz), always manages to bring something interesting and different table. Tonight seems to be a more rhythmic and melodic approach, however sonically he seems to me to be the most challenging artist on the bill. There is still an essence of the “avant-Dub” in which he is most renowned for, however behind his are driving rhythms that almost draw a resemblance to Krautrock music. This is perhaps a glimpse of things to come from his forthcoming album, ‘Unfidelity’ on Planet Mu out in March, which is his debut for the label.

Finally the evening came to a close with headliner Tlön, whose new album, Truth In The 13th is the purpose of this event. This rounded off the night perfectly, with ambient tones that wash over the head like water meeting the shore and brutal, minimal rhythms that intrigue the mind as much as they disorientate. That may sound like a ridiculous description however if one is to check out the album they will know exactly what I am talking about!

*Update* Listen to an excerpt from Tlön live at the Cube Cinema.

All in all this was a highly engrossing evening and I shall definitely be attending future events, you can purchase Birkhouse releases via there own website and independent outlets such as Idle Hands and RWD FWD.

Scroll down to read my interview with Hicha. 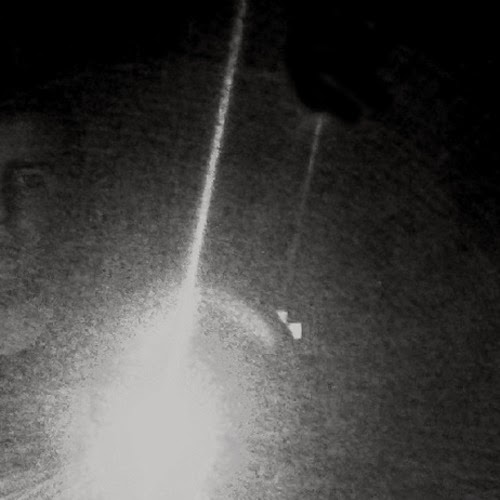 EMW: How would you describe your music to someone who hasn’t heard it?

EMW: How has the approach towards playing your music out changed over the course of the year?

H: It has really changed the way I work, I now have to compose music for a deadline and I am starting to take pieces out of my live shows and fully compose them for a finished piece.

EMW: Tonight was your first official live set, how do you think it went?

H: It was a incredible feeling the turn out was amazing having such a freedom to do what I wanted to do, then having a room listing to what I do in my bedroom the rest of the time, as my visuals where projected and the lights where on me, I couldn't see the audience this lead me to do my own thing and once I finished I realised how many people where listening, it was an incredible evening and the experience will remain with me forever.

EMW: What are your influences? Feel free to choose non musical ones.

H: I haven't been listening to music allot recently, I find it easier to compose when I am writing with out bombarding myself with music I just get confused, I am finding I get inspired by being it different spaces and places, I visited the barbican in London and the 60's gray architecture I found very inspiring. Bristol is such a incredibly beautiful city as well, it is hard not to be inspired by your surroundings and music, I think is relevant to a specific time and place. However without my influences I would not be writing at all, I am a huge Steve Reich fan, I have been very existed by The Haxan Cloak, Vessel ('silten' off 'order of noise' is incredible) and Emptyset's 'Material' is also amazing.

EMW: Do you think that growing up in Bristol and being surrounded by some of its great musical outputs has given you the encouragement to do what you do? If so How?

H: Bristol is a huge influence on me and the music community is so tightly knit that it is easy to find like minded people.

EMW: Where would you like to take your sound/ live set from here?

H: Play more spaces outside the 'club', I am working with classical musicians and I just want to keep composing and evolving my music naturally. I will know when it is the right time to release an album.

Kelan hosts a regular show on Passion radio and is currently studying 3rd year Media and Cultural Sudies at UWE.