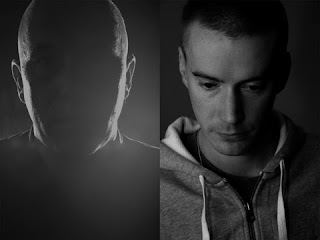 
It was destined to happen. Two generations of bass culture enthusiasts and progressives such as Adrian Sherwood and Pinch were always going to be drawn into each others orbit. Whilst On-U Sound’s Sherwood tends to keep the more traditional UK dub style’s torch burning, Tectonic’s Pinch has been developing and morphing the original dubstep sound into far weirder and darker territories. When it was announced that the two had worked together, it was greeted with glee by many fans of bass culture. Not only because the tug between traditional and futuristic promised fruitful results, but also because when Pinch decides to collaborate with another like-minded soul the results are always fantastic (see 2011’s incredible collaboration with Shakleton if you require further evidence).

So hear we have the first taster of this union, Bring Me Weed. Released on 12” and split between the title track and a “weed psychosis mix”, the excitement is instantly warranted.

Bring Me Weed is a fantastic aural tug of war between the past and future. Industrial reggae and heavy dub batter your senses and layers rise and fall and sounds pan between left and right speakers adding to the disorientation of the track. For a tune to have two such obviously different authors and differing styles to feel so cohesive is a remarkable achievement and serves as a mouthwatering taster for the LP that will soon follow.

Flip-side track ‘Weed Psychosis Mix’ strips away much of the originals vocals and ventures more into the Pinch ‘sound’ that people are now more familiar with. A much darker track than its original version this is seriously futuristic dub. Listeners beware!

Bring Me Weed is an excellent choice as lead single for this collaboration. It showcases both Sherwood’s and Pinch’s familiar styles with not one being more dominant than the other.

Bring on the album!!!


Currently working at Tangled Parrot and Senior Electronic Music Artist for Louder Than War.
Raised by music obsessive parents on a diet of Ska, Bowie, Queen… and the Bay City Rollers.

Discovered dance music and heavy metal at the same time making for a strange brew of taste. I do this for the love of an art form which welcomes all types and speaks to us all.