Year Of The Dragon Vol.1: Interview with Stereoripe and Tribal Hooligan 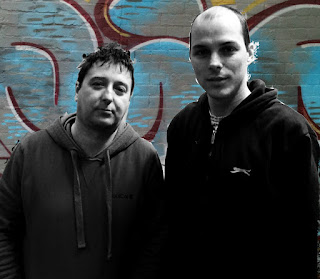 This is the year of the dragon, a compilation series compiled by two DJ-Producers from Cardiff. We catch up with the pair to talk about the compilation 'Year Of The Dragon vol. 1' and ask what plans they have for this year.

YOTD: We are Stereoripe and Tribal Hooligan. 2 dj-producers from Cardiff with a background in DIY punk rock.

HJ: You've just put together a compilation of Welsh producers. What can we expect from this?

YOTD: Expect a compilation that hops genres throughout the electronic spectrum from  jungle and dub to glitchy pop and ambient.

Every tune is home produced, exclusive music, only available on the compilation.

Volume 2 is already in the pipeline with more artists already confirmed.

HJ: How did you go about sourcing these artists for the comp?

YOTD: Each of the artists on the comp we met through playing in grunge and punk bands over the years.

There was no problem asking each of the artists personaly to submit music.

HJ: Does Cardiff still have a strong Punk and Grunge scene and what feedback if any have you been getting from playing out electronic music?

YOTD: Yes Cardiff has an active punk scene, supported by loyal fans of the bands too. What we have done is to take the essence of DIY punk and applied the same attitude to releasing electronic music. The feedback is good because it seems people are open to new music more than ever.

HJ: So you are taking on the DIY ethics of punk and using them in releasing electronica. How easily do these methods translate from a predominantly live band dominated scene to one where it's mostly solo artists/producers?

YOTD: The methods of writing and performing the music are quite different but the motivation and passion are the same. As a solo artist you are more free to play what you like, when you want to without compromise. Which is liberating.

Wednesday March 7th we saw the launch of Bassplayers at Gwdihw in Cardiff. This is a monthly event for djs and musicians to jam together and it was a success.

HJ: Who or what do you sight as your main influences?

YOTD: Our influences are many. From early dub to punk rock and 90s jungle to todays deep dubstep sounds. 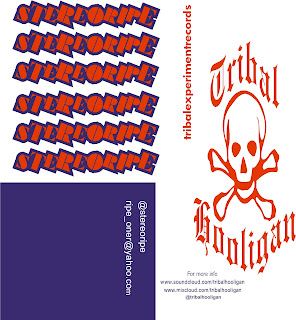 HJ: You mention that you sometimes play at art/graffiti shows, has there always been an element of this at the events you've helped to put on and play at over the years?

YOTD: As a graffiti writer Stereoripe is keen to incorporate graffiti and street art into the identity of his work. Whenever there's a chance to mix visual art with music we love it.

HJ: What else can we expect from yourselves this year?

YOTD: Year of the Dragon Volume 2 is set for June with even more exclusive music and more artists.

Livewise Stereoripe and Tribal Hooligan will be playing gigs and releasing demos regularly, as well as the monthly Bassplayers event for djs and musicians to jam.

Big thank you to everyone who submitted music for volume 1. We look forward to compiling volume 2 and arranging a launch party.

Year of the Dragon