A quick chat with Lou Hekla about his new project Slymoove 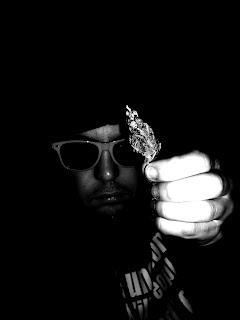 "Slymoove is basically the future of my musical path and why I took this route was because I felt I needed to break the mould and  climb out certain holes you get stuck in while learning this shit..."

HJ: Welcome to EMW. Can you please tell us a little bit about who and what Slymoove is?

SM: Slymoove is basically the future of my musical path and why I took this route was because I felt I needed to break the mould and  climb out certain holes you get stuck in while learning this shit... It's like starting from scratch but with 12 years experience.. I heard this saying last year sometime and can't remember who or where it from but it goes like this 'Delete your first 30 tracks because nobody wants to hear you learning'.Then I say That shit got to Bang if you want to roll with the QC Gang Ha!

HJ: As Hekla Kosh you have been making Hip Hip beats alongside the Squid Ninjaz and also as a solo beatmaker with some of the best Hip Hop artists around. What made you want to venture in to new terrotries with Slymoove?

SM: Yea they were good times for me things were getting done.....but then....
Times change rappers fade and just the whole waiting game with getting projects done people together verses recorded... Where talking I've done beats and verses for people 2/3 years back and still haven't heard it..That don't work for me so I took a step back and went solo. 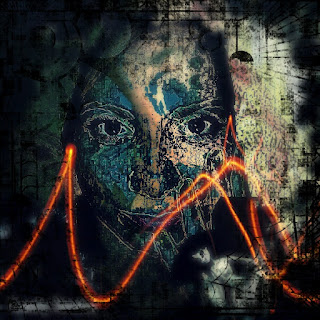 
HJ: You've just released Raunchy Distortion as a free download available through your Bandcamp. What can we expect to hear on this EP?

HJ: Any future plans for Slymoove in terms of further releases?

SM: Yea I'm 3 tracks in on a project called 'Robbed Stagga' a few weeks back I kidnapped Stagga and held him hostage at Gun point fed him full of Drugs and jacked his style and made a EP so look out for that.


HJ: As it's coming up to valentines day, what is the drink of choice to impress your lady friend on that special date?

SM: Special Date? Nah bruv I'm like a bad movie straight to Dvd if you know what I'm saying ha...