Inti Rowland interview in run up to the release of "Eyes of a Starling" on 12th January 2012. 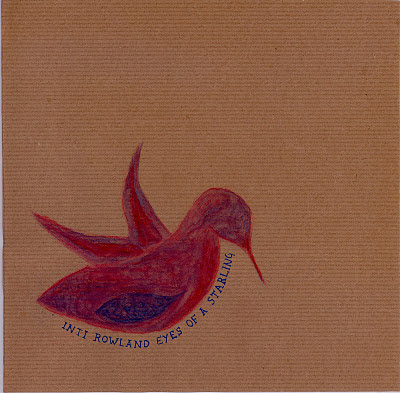 Eyes Of A Starling by INTI ROWLAND

Following on from the excellent "The Ballad of a Ballroom Ghost", Inti Rowland, a solo singer/songwriter based in North London decided to take his next project to the valleys, hills and trees of Wales. Recording "Eyes of a Starling" in a converted barn in South Wales with a forest as the backdrop and no mobile signal as inspiration. To celebrate the release of his latest EP on the 12th January, Inti Rowland talks a little about the recording and future works.
HJ: Tell me a little about your latest EP 'Eyes of a Starling'.
IR: With this record I wanted to take a different approach. We make a record in a church in March last year 'The Ballad Of The Ballroom Ghost', the sessions for that were very stripped back and mainly consisted of vocal, guitar and a bit of harmonica. With 'Eyes Of A Starling' I wanted to explore more orchestration and to work more with embellishing the songs with the kind of arrangements that would give it epic elements that could sit snug next to sparse guitar work, always giving the words room to breathe.
HJ: I noticed with your recordings there's always an element of catching the moment rather than relying on post production.
IR: Defiantly, we made this record in three days, we'd had two afternoons over the summer to get some rough idea's down for string arrangements, but for me the most important thing is always to capture the songs raw and honest.
HJ: You recorded this EP in a barn in Wales surrounded by woodlands and hills. So far detached from your last EP that was recorded in a disused church in London.
IR: I've always felt that the location of recording is really important. People write songs that relate to what ever they chose, be it events in their lives or stories they get out of recycling bins, but the moment you record a song and put it out into the world, it's no longer yours and therefore the place you record it like the harbor where you say your last farewell, and it bleeds into the songs. On the church e.p I can hear crows in the graveyard and bells in the clock tower, on this one I hear the woods and the streams. 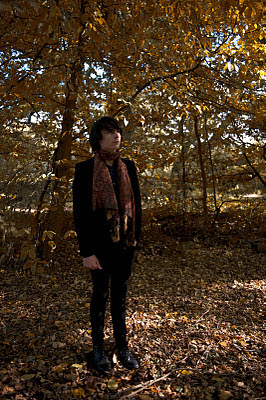 "On the church e.p I can hear crows in the graveyard and bells in the clock tower, on this one I hear the woods and the streams."

HJ: You recorded Eyes of a Starling with 2 other musicians, Psalm Rowe and Megan Jenkins and it was engineered by Jackson Dimiglio Wood. How did you all come to work together on this project?
IR: Me and Jackson have been recording together for a while now, having worked together on the last record as well. Psalm and Jackson had played together previously in a band called St.Spirit. Megan came in to play violin and sing and is in her own right a singer/songwriter.
HJ: You wrote all the songs on this EP. It is obvious from your lyrics that you are influenced heavily by the english language with a use of words that you would expect in poetry as much as songs.
IR: Yeah, I believe that in songwriting it is as much important to burry yourself in literature as it is music. I read a lot of Dylan Thomas and W.H Auden. As well as John Steinbeck and Jack Kerouac.
HJ: When did you start playing guitar and how has your playing style evolved over the years that you have been a player?
IR: I started playing when I was 13, the first song I learnt to play was 'Blowin' in the Wind' by Bob Dylan. Over the years I spent a lot of time listening to Nick Drake, Davy Graham and Bert Jansch, it was those guitarists that really sparked my love of fingerpicking, working with a guitar that dances gives a whole different rhythm to the words.
HJ: You plan to tour this year alongside Megan. Where can we expect to see you playing in the next couple of months?
IR: We'll be playing in London a lot and have shows in Brighton and Bristol too, possibly be heading over to Ireland at some point. But really eager to be playing in and around the UK as much as possible. 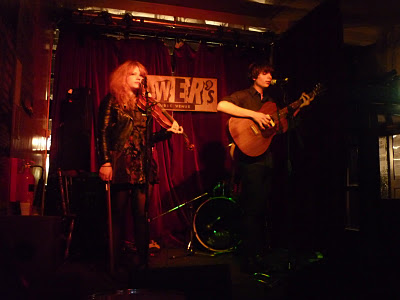 "We'll be playing in London a lot and have shows in Brighton and Bristol too, possibly be heading over to Ireland at some point. But really eager to be playing in and around the UK as much as possible." - For bookings contact intirowlandmusic@gmail.com

HJ: In terms of future plans, aspirations. What would you like to achieve?
IR: I'd love to write songs for films, not in a traditional sense of scoring music for a film, but actually being given a script and a brief to write songs about/from the perspective of the characters, work that links directly to their stories and aspirations. I'd also really love to get these records out on some small independent labels, just as a platform for more people to be able to hear the songs.
HJ: You've also recently worked with Producer and Clearskyz label owner DJ Die. Now you have a possible collaboration with Die and Rodney P on the cards. Tell us a little about this.
IR: Sure, it was a little while ago now, I was down in Bristol working with Die on some folk/hip hop experimental stuff, when he played me this old ska song he'd been working on, I laid down some vocals for the chorus and left it at that, a few weeks later Rodney P was down doing a gig in Bristol and Die played it to him and he ended up writing all the verses for it, not sure what's happening with it now though, I think we need to finish it.
HJ: When will "Eyes of a Starling" be released?
IR: January 12th 2012.
Make sure to take a listen to Inti Rowlands last EP "The Ballad of a Ballroom Ghost" on his Bandcamp (intirowland.bandcamp.com) and remember to check the latest release "Eyes of a Starling" available from 12th January 2012. Look out for his live show this year.
DJ Die Field Recording Folk Inti Rowland Rodney P