on January 27, 2012
To coincide with the West Wales music feature on BBC Radio 1 Introducing with Jen Long this Sunday I thought I'd better take this opportunity to mention some of the amazing music coming out of the area. I found myself stumbling over words and forgetting to mention half of the people I was meant to in the radio interview so I guess this is my final attempt to redeem myself... Tune in from midnight on the 29th January. 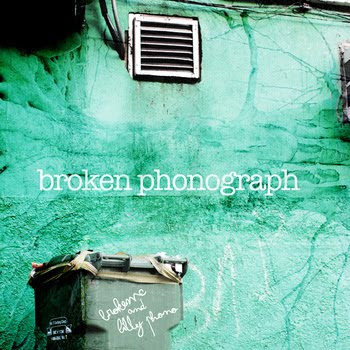 First there's a new EP from Billy Phono who collaborates once more with Broke MC on the awesome Broken Phonograph. Check it out on Broke MCs Bandcamp. Also check out Billy Phono's Bandcamp for some sweets billyphono.bandcamp.com

The Sativastorm remix of Stickyfoot features in the mini mix, Sativa Storm is a producer originally from Amanford who has an ear for dirty beats and has worked with Billy Phono and Cen on recent mixtapes including Trees Are Weird. Cen's recent track 'Don't You Know' with producer NTM features also. It's DOPE! 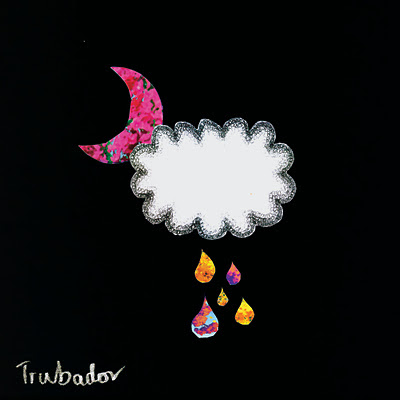 Owlet Music are a small label started by Trwbador, check the original track 'Sun In The Winter' on the mini mix. It's available from their website as a free download with a chance to remix the track also.

Rezaloot are a production duo from West Wales who have been featured in Koan Sound mix sets and are constantly putting out 100bpm tracks with enough funk and plenty of bass. Watch out for the track 'Toys' in the mix plus an interview coming soon with a very special exclusive for EMW. In the meantime grab a free download of their track Killuminati. >>> MEDIAFIRE <<<

.Cycle is a fresh name in Carmarthen with tracks touching on Glitch Hop and Dubstep. His track Funkai is featured.

The mix also features the previously interviewed Dub Lemon and Secret Lemon Project with a sneak peak at their latest offering Ningmeng Zhang. The original version is due for release early this year alongside a D+B version and a remix by Kryptix. 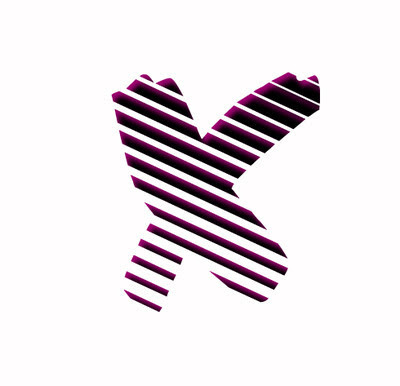 Xentrix normally known for his drum and bass productions has contributed an exclusive track called 'Tinkerbell' to the mix. An unashamedly heavy 140 bpm smasher. The track Annwn also features and is a deep, minimal drum and bass roller. Lush! 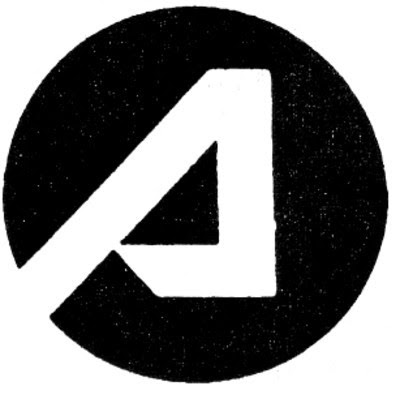 Staying on the drum and bass tip the mix also features another exclusive from Carmarthenshire production duo Alias Unknown. One half of Alias Unknown is Hitch Glopper who recently won the Allsorts DJ comp up in Swansea at the Monkey Cafe and has just secured a weekly show on Filth FM. His first show will be airing this next Wednesday from 6pm - 8pm.

Hor5e also appear with their track titled 'Take Me Back'. Still in their early stages, the group wanted to put this track out there to get some feedback. Check it out on their Soundcloud.

Audio:Hertz have been building up momentum over the last year, hitting Beatport charts and getting invited to play in Europe. Their remix of Spark7 is a great introduction.

In terms of dance music events one crew to look out for our Rigdiculous. Putting on a line of successful nights last year at Castell Howel holiday park they don't seem to be slowing down this year with the Rig Djs performing at massive 'One' event in Aberystwyth next weekend (4th Feb) and then their first night of the year planned for the 18th February, 2012 looks to be another strong year for this non-profit group. Check their video from the last night with Stenchman. 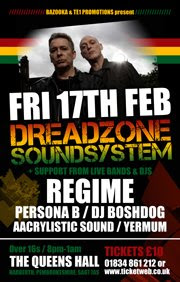 Further up the coast, Aberystwyth has lots of exciting events coming up with before mentioned 'One' being the first happening on the 4th Feb at Aberystwyth Arts Center. 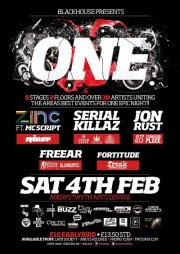 "One is a new approach we're trying, with the place saturated with promoters and different nights, we're aiming to bring everyone together as a community to put on one massive event together, showcasing what the area has to offer." ~ Kirk Holland (Black House/Swing City)

They also put on a night called Swing City with the next event, a masquerade ball happening on the 17th Feb at the Angel in Aberystwyth. Swing City is the leading Electro Swing night in Wales and has already managed to arrange stages at two festivals in Wales this year, Beach Break Live at Pembrey country park and Landed near Rhayader!

Kirk Holland has put together a 5 min mix for EMW and BBC Introducing featuring producers from the area. Here's the censored version and tracklist. All these tracks are by producers around the Aberystwyth area.

Brad Sucks - Thanks For The Add (Sine Here Remix)

Herobot & Pasteman - Off The Chain (Unreleased)

One of the producers featured on this mix Muteqx has recently released his album 'Chronicles' on the excellent Echodub label. A deep approach to dubstep, focused subs and stunning atmosphere. Take a listen to his album preview and grab a copy from any good digital music retailer. 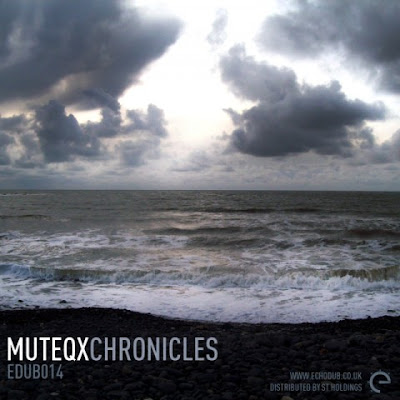 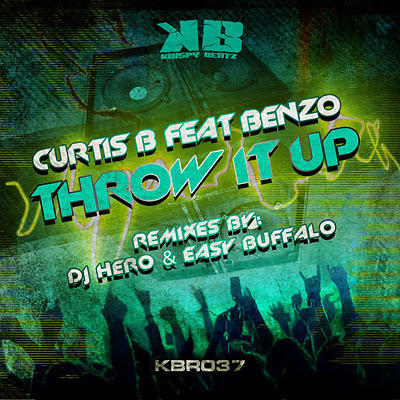 Another producer well worth a mention is Easy Buffalo, recent tracks include collaboration with Undersound on a remix of 'Throw It Down' by Curtis B plus original tracks featuring Cardiff MC Redeye and Welsh soul singer Chloe Laing. A mixture of Hip Hop, Soul, Broken Beats and House music.

Long time contributor to the West Wales music scene formerly part of the Unfit DJs who have graced many a shin dig with their DJ sets, Paranoid Scarecrow has recently been delving in to the hypnotic rhythms of Mombahton. His latest offering 'Crowfoot Wrench' is featured in the mix and is available as free download on his Soundcloud.

A new label Sub Element Recordings is on the cards from May 2012. Matt from Analogue People explains -

"Sub Element is going to be a digital only label specialising in electro and psy breaks. Expect to see some big names dropping tunes on it whilst promoting unsigned acts with remixes by bigger names to raise their profile, first release due may this year." ~ Matt Analogue

On the other side of the spectrum, Pembrokshire net label Kift Flipper are focusing on experimental electronic music with found sound beats from producer Quiet Noise to acoustic noodlings from Bagpipe Whiskey. Take a look through their archives. The track Paper Cuts by Quiet Noise features in the mix and is available as a free download through Kift Flipper.

Karen Morgan is a singer originally from St Davids. With several projects on the go with producers around the Bristol area, you may recognise her voice from the group Innamorati who have performed a couple of times at EMW Presents events. Her latest project 'Ivy Cairo' are a live act who blend the bass and beats of Dub step with violin from Tom Upton and the vocal talents of Karen Morgan. The track 'Love Falls Away' features in the mini mix. Look out for an interview on EMW soon.

Optimystic is predominantly a Drum and Bass producer who grew up in West Wales and is also known to tear up dancefloors with his DJing skills. His recent remix of Head Mix Collective is a mixture of Dub horns and Drum and Bass rhythms. Imagine Manu Chao put through a junglists blender.

Abstract Drumz is a Jungle and Drum and Bass producer from Cardigan, his intricate edits and deep basslines make for great headphone listening as well as quality dancefloor music. The track 'Count Your Blessings' with vocalist KBG finishes the mix off nicely.

In other news watch out for Jungle Breaks putting on nights this year. Jungle Breaks was started by DJ and producer Amentality. Check his blog junglebreaks.blogspot.com

The mix will be going out on the 29th January, It will be available as a free download straight after. It was really difficult to get everything in to 15 mins so I had to concentrate on West Wales. I will be posting up an extended mix featuring tracks from Slymooves, Stantz, Face + Heel, Ifan Dafydd and more. Big love