An interview with Lung now signed to Med School 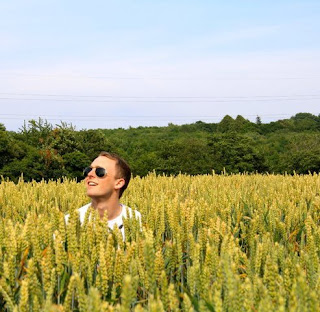 Recently signed to the excellent Med School label, James Ellaway aka Lung has been involved with the bass music scene in the capital for a good few years! Just taking a look on his Soundcloud or searching through his Facebook wall you can tell there are several years of good music making to come from this producer only just in to his 20s. Stripped back soundscapes, minimal percussive sounds and deep bass is the order of the day. Check out this short interview with Lung especially for EMW.
HJ: Welcome to EMW. Please introduce yourself to readers who may not have
heard of your work.

L: My name is James Ellaway. I'm 20 years old, born and raised in Cardiff, and I produce and DJ electronic music. Mostly drum & bass and dubstep!

HJ: How did you get involved with dance music and most importantly music production?

L: I used to be a sucker for those compilation dance music albums, yno like Ministry of Sound, etc! Those were my first listening experiences of dance music way before I was old enough to go to clubs. However I then became interested in guitar, playing in bands etc - so I used to record my band's demos in Garageband on my laptop. I guess from there on I just got more and more interested in the production side of things and started experimenting with actually making electronic music as opposed to just listening to it.

HJ: What has been your main drive to get to where you are now?

L: The sheer fact that music has always been the most prominent thing in my life. Both my parents played in bands - that's how they met. Music has always been around me from a young age and after going through school, trying my hand at different things along the way - ultimately music was the only thing I truly felt I could do (or at least had the patience to persist with!) until something came from it. As much as that is the reason, I'm genuinely terrified of the prospect of working 9-5 every day in some job I hate, just to make ends meet. I'd rather be poor financially and rich in health than have to endure a lifetime of monotony. So it's both a combination of music being the only thing I feel I can do, and the fact that doing anything else would just fry my brain. Music is, and has always been, a part of me. To have the opportunity to make a career out of it is truly a blessing and I'm forever thankful! 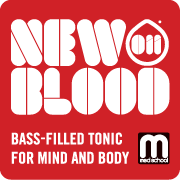 "I signed my track "Relapse" to the 'New Blood 011' compilation which came out earlier this year."

HJ: Now signed to Med School alongside some solid names in the D+B and Bass Music world what plans do you have for future releases?

L: Signing with Med School has been great. Completely surreal infact. I signed my track "Relapse" to the 'New Blood 011' compilation which came out earlier this year. A few months later I was asked to go visit the guys at Hospital HQ for a chat - I'll remember that day for the rest of my life! Hospital Records has always been a "go-to" for me with regards to checking out new music. It was always one of my favourite labels and home to some of my favourite artists when I first started listening to d&b, Nu:Tone has always been a big influence. The great thing about Med School is that it's run by the same team of people but with an ethos based around the more experimental edge of the genre - which is what I love to listen to, let alone try to produce! So I feel right at home there - they've made me feel at home to put it better. So currently we're in the process of planning my debut LP. I've written alot of music, but it's not quite there yet. It's important to me that I get it exactly how I want it to sound as a whole. It's coming along nicely though. Release-wise, this has been my busiest month yet. I have a 3 track EP out with my friend Maxx Roach on a label (Deadplate) run by our friend Alex (Synamatix - The Daily Street). That's another 140bpm release called "Booty Call", there's also a Randomer (http://soundcloud.com/randomer) remix and another track "Crisbuit" on the flip. A d&b tune of mine, "Bullet Train" is out on Influenza at the end of the month, a remix I did of a track called "Walk Into Water" by Karl G & Jamesie (ft. Undersound - another Cardiff producer!), and finally my remix of London Elektricity's "Yikes!" is out on Hospital on vinyl & CD format alongside remixes from S.P.Y, Enei, Logistics and more! So it's a really great month for me and I'm really happy to be getting some more music out there!

Relapse (Out Now on Med School) by Lung 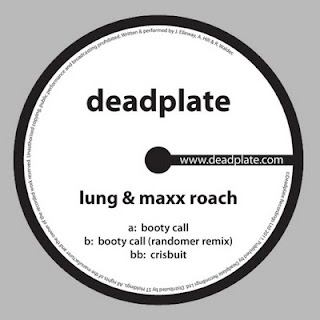 HJ: Would you say the large shift to online culture, whether it be KMag and other well renowned magazines moving 100% online or Facebook and other social networks changing the way a large majority of artists and promoters share their work, is a positive move for music culture?

L: Personally, I think it's hugely positive when marketing yourself as an artist and getting your music out there (although some of my friends may not agree - I'm pretty sure I commandeer 90% of their news feed with self-promotion haha!). If you think about it though, the way in which we buy music, listen to music, share music - it's all completely instant now. You have direct communication between the producers/musicians and the fans/consumers - and I think that's important. Obviously it has its negative aspects, for instance illegal downloading/file sharing. Unfortunately it's something that's hard to police. In an ideal world everyone who likes music would pay for the music, but sadly it's not always the case. I always pay for music, not just out of morality but also out of the fact that I don't want a 92kbps radio rip of a tune I really like - I want the real thing at the best possible quality I can have it - so yeah - I'm paying for it! Some people are willing to sacrifice quality if it means getting it for free, I can't do that. Music is to be listened to - I don't want to listen to shit!

HJ: What would you say is the most important piece of advice to give to someone wanting to pick up a pair of headphones and start making beats for the first time?

HJ: Where can we catch you playing your music when not in the studio?

L: Well, I've got my debut at Fabric in London on the 22nd of this month in the Med School room alongside Joe Syntax (definite one to watch - love his style), my good friend Eleven8, Blu Mar Ten & Spectrasoul. Can't wait for that! Also at a couple of Hospitality events this year: Motion in Bristol (October), The Great Hall in Cardiff (November) - and I've also got my first gig in Denmark in September which I'm really excited for. Absolutely love playing abroad and it's always great to meet new people and discover new places!


HJ: How do promoters go about booking you for events?

L: I'm not represented by management at the moment. So the best bet is to just email me directly at: jamesellaway [at] me [dot] com

HJ: Which tasty (alcoholic or non-alcoholic) beverage does it for you?

L: Oof, tough one. Non-alcoholic: nothing beats an ice cold CocaCola (from a glass bottle though - none of this tin can nonsense!) and Alcoholic: I'd like to say something exotic here, but to be honest I know it's just going to end up being a nice pint of Stella. 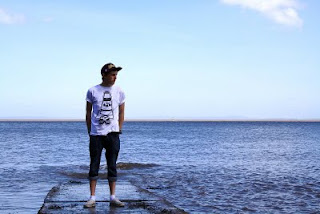 "I've got my debut at Fabric in London on the 22nd of this month in the Med School room alongside Joe Syntax (definite one to watch - love his style), my good friend Eleven8, Blu Mar Ten & Spectrasoul. Can't wait for that!"