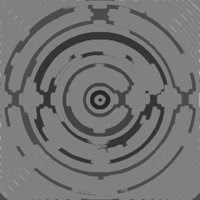 For some time now DJ and producer Paco aka Condition has been plugging away at promoting good music through guest DJ slots on online radio, U Streams and DJing out at club nights all over. Keep checking his Soundcloud because he is constantly updating with new beats and mixes. In run up to his Jungle set at EMW Presents and in light of his new weekly spot on the excellent jungletrain.net, Condition takes a second to answer some Q's.
HJ: Welcome to EMW. Please introduce yourself to readers who may not know your work.

C: Hi, I'm Paco also known as Condition, I have been collecting and playing records to audiences since 1995 as Paco and I started trying to produce in 1999 using the alias Condition.

HJ: Both a producer and DJ, how did music start to play such a major part in your life?

C: I was into music from 8 years old, I come from a musical background my Grandfather Del Turner (R.I.P) was an accomplished trumpet player on the south England Jazz circuit performing regularly and even appearing at Ronnie Scott's, so I was naturally interested in music, I got a guitar at about 10 years old and started from there really.

HJ: You have DJ'd for several years now on radio and in clubs. What keeps you going?

C: To be honest if I wasn't involved in playing and making music I don't know what I'd be like now!!! I suppose ultimately it's the love of finding and hearing new material and the drive to make and share my own music.

HJ: You are a passionate collector of vinyl. What is it about digging that keeps you going back?

C: Ah, well the short answer is addiction, much in the same way a crack head craves rocks, I crave a steady supply of vinyl lol.

It really all started out with me wanting to find the tracks I heard on rave tapes from 1990 onwards really, I never knew what the majority of the tunes that I grew up with were bar the Rock, Metal and Hip Hop I waslistening to, so the drive came from there I guess and the thirst for knowledge, a key point worth mentioning is the moment of realization when you uncover a hidden gem is the bomb in short!

So it's that really that keeps me digging, I'm still looking for a lot of tracks that I know like the back of my hand from old tapes but don't know what they are along with finding new stuff to listen to or mix.

Since I started using Discogs some years ago I have managed to find and buy some of my all time favourite tracks across many genres, but some of the ones I really want the presses are worth in excess of £50 and some very very limited so there is some stuff I know I may never get hold of!!

HJ: What recent finds are you most happy about?

C: Here's a few recent purchases of mine that I'm very happy to get; 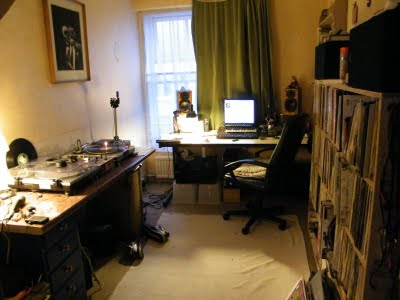 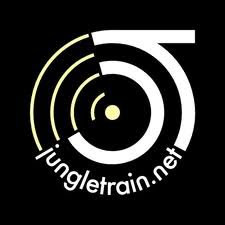 "The show's will consist of Jungle Drum and Bass ranging from it's conception back in the golden era '92/'93 up to the present day, also with new material from lesser know producers including myself"

HJ: You've just recently bagged a weekly slot on jungletrain.net. How did this come about and what can we expect from your shows?

C: Ah the mighty Jungletrain :) Originally I picked up on the station some years back when I started checking out some of the archive shows from the Scientific Wax show hosted by Equinox, I then went on to get involved in the chat while listening to other shows and was lucky enough to have a few of the Djs play my tracks, namely Antidote UK, Arnicus NL, Subfilter NL and War//Breaker US. I just networked and was lucky enough to get offered a show, although I went through the same procedure as anyone does to apply for a show.

Shouts to Burnrate and Ombrios for getting me set up :)

The show's will consist of Jungle Drum and Bass ranging from it's conception back in the golden era '92/'93 up to the present day, also with new material from lesser know producers including myself :) 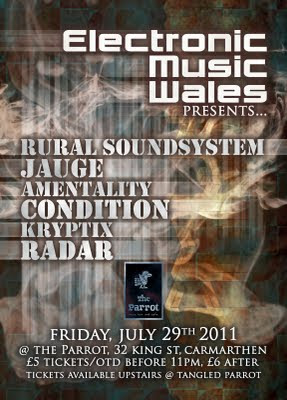 "The venue is really nice too with the shop above, I have played there twice so far and look forward to playing the EMW gig, I will be playing a few of my own productions along side some fine new Jungle from established and lesser known producers."

HJ: You will be DJing at our next EMW Presents night in Carmarthen at the Parrot. I hear you will be playing your own productions?

C: Yeah thats right, I'm so glad Matt at Tangled Parrot has got his new premises, he has done a LOT for the music scene in this area and deserves props!!!

The venue is really nice too with the shop above, I have played there twice so far and look forward to playing the EMW gig, I will be playing a few of my own productions along side some fine new Jungle from established and lesser known producers. 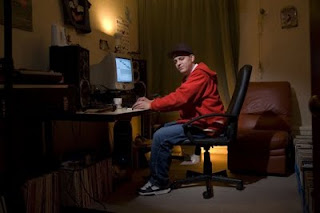 HJ: What advice would you give to producers living out here in the sticks?

C: The only bits of advice I can really give is do it if you love it, if not don't waste your time!!! And network online as much as you can to get your sounds heard by the relevant people.

HJ: What other projects have you got on the go at the moment as Condition Music?

C: At the moment I have no real side projects underway, I haven't really co produced with anyone, but this may change in the future.....

HJ: How can people find you for bookings and production?

C: You can contact me using any of these:

HJ: Which beverage floats your boat and rocks your socks?

C: It's has to be Tea at a fundamental level, but I am partial to an ice cold premium lager occasionally ;)

Big up Condition for this Q&A. Remember to tune in every Thursday from 6pm on jungletrain.net to catch his show - 'Condition's Ethereal Cereal Show.'

Mister Digital to take over the Hip Hop side on EMW

You will remember back in November of last year I posted an interview with Mister Digital about his past work and future projects. Check it out here. Well it is a new year and so a new vision for the blog. As of today he will be taking control of the Hip Hop side of things on EMW. I can't think of a better person for the job! As a producer he is deep inside the Welsh and Worldwide Hip Hop sound and is in contact with a massive community of beat makers, MCs, artists and breakers. Part of the Welsh chapter of the universal Zulu Nation, Dragon Zulu's and the official producer of the Battle Holex Worldwide b-boy crew (check out their Facebook group here ), Mister Digital is already working on an interview with Homeboy Sandman who is coming to the UK in the next couple of weeks plus an exclusive interview with 4dee and his work with Zulu Nation.  To get in touch with Mister Digital about features and any other business check his  Facebook or send him an email: dayle_lew@msn.com