An interview with Darkhouse Fam

"Shout to the Gods & the Earths." ~Darkhouse Fam

The joys of running a blog.. After scrambling about Weatherspoons in Carmarthen with my laptop, dropping my shit all over the place and failing to gain any sort of decent connection to make a video call over Skype I finally got in touch with both Don Leisure and Metabeats who are collectively known as Darkhouse Fam. We decided to do the interview via email. What follows is an insight in to the workings of two of the sickest producers in the Welsh Hip Hop and electronic music scene. I hope you enjoy. Peace
HJ: How did Darkhouse Fam come about?

DL: Around 3 yrs ago... I had been back in Cardiff after being away for a long time in london and other places...I had linked up with Monky & Ruffstylz once I had been back in town for a month or so. They heard my Hip Hop stuff and mentioned this dude Metabeats that I should check for....

Meta: This was around the time when I had just put out my LP 'Metaphysical' on Associated Minds.... 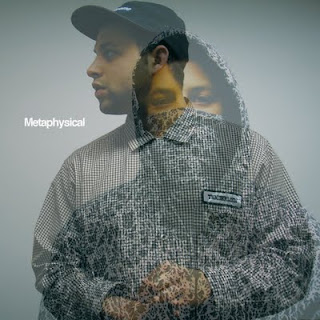 "This was around the time when I had just put out my LP 'Metaphysical' on Associated Minds..." ~Metabeats 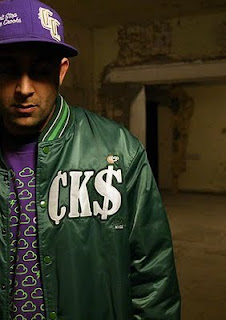 "I was making dnb mainly then under the name Jamal and was featured in an issue of ATM magazine..." ~Don Leisure

DL: I was making dnb mainly then under the name Jamal and was featured in an issue of ATM magazine....flicking through the mag I saw this article about Metabeats....read that and realised my man was into a lot of the same stuff as me. Found out he worked at size? so I went in there with my laptop and headphones in my bag and made him listen to some stuff there and then not having met him before once...he liked it and we clicked, started linking up and making beats.....BANG!

HJ: Is it true that Darkhouse Fam are strictly instrumental beats?

Meta: Not true....we'd love to get people spitting stuff but its just the way its created. We just make it as a piece of music and it just turns out that way...

DL: You can just imagine your favourite dope mc over the top in your head... we have got some people lined up to flow on some stuff in the future...some of the beats we do tho aren't really built open for mcs more to just get you moving... I think because we've both made more dancefloor style music with dnb and meta with his garage stuff we don't really make stuff with vocalists in mind every time...

Concepto Mix #20 Darkhouse Family by Conceptoradio on Mixcloud
HJ: The LA beat scene has had a huge impact on hip hop producers worldwide do you draw your influences from this recent explosion or have both of you always been putting certain beats aside for this project?

DHF: It's all hiphop. Different genres are merging into one another more and more these days and our collective influences combine to create our sound....so its like its all music that we've absorbed over time not just LA stuff that influences us... 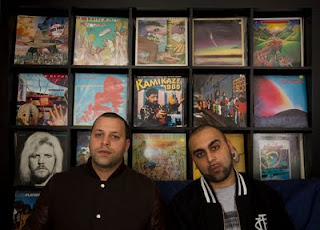 "It's all hiphop. Different genres are merging into one another more and more these days and our collective influences combine to create our sound..."

HJ: You mentioned you're influences are worldwide. Who are you listening to currently?

HJ: Both involved with several different projects you don't seem to be content with just one style or sound. How important is it for an artist to try different ideas?

Meta: You can't control what influences you so why not make what you want to make when you sit down to make a tune.... we just make what we feel is right at the time. 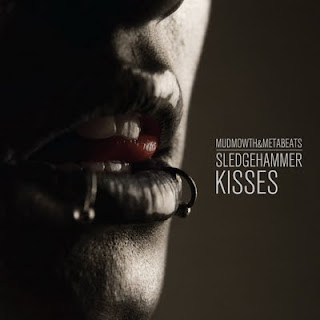 "You can't control what influences you so why not make what you want to make when you sit down to make a tune.... we just make what we feel is right at the time." ~Metabeats

HJ: Meta you've been busy with a new LP (Sledgehammer Kisses) and Don Leisure you're constantly turning out new tracks. How often do you both hook up to produce as DHF?

HJ: Darkhouse Fam live is bumping. Do you have any future plans to involve more live elements into your set? 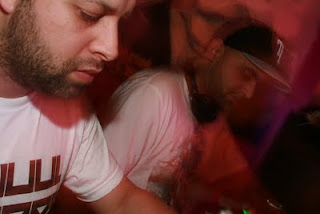 HJ: Will DHF be collaborating with any other people? Any MCs?

DL: If the right MC comes along for the tune then its all good...we will be collabing with people in the future from Europe and the states also...there is gonna be remix work coming up for Frite Nite in San Fran, EPROM, Jon Wanye, Om Unit and Lemon D.

As individual artists we have collaborated with dope artists like St Rowdy & Tony Blitz (CRST), Monky, Stagga, MASK, Mr Healan, Hekla and more so there is a local circle of us that come together and do stuff now and again... 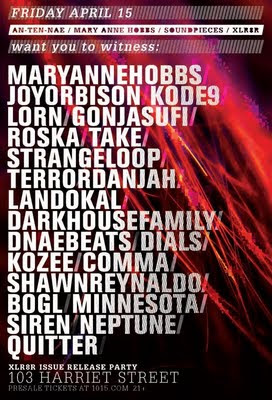 "Craziest one will probably be this thing in SF with Kode 9, Lorn, Joy Orb, Mary Ann Hobbs and loads of other people..."

HJ: What software / kit are you using and what's your favourite feature?

DHF: Two Chipped Playstation 1's with Music Maker. We run that through some Iowa tape decks for the warmth and some
outboard stuff...then we run all that through our SSL9000 desk.

DHF: Our favourite features on our set up is our tape decks...they came off the back off a ram raid from Tandy back in '92 and have been faithful ever since...least favourite feature is that we gotta put one of the PS1's upside down every time we knock it on... PEACE!!!!!

HJ: Any advice for producers just starting out?

DHF: Be original. Don't bite anyone shit cos you will look foolish. Don't get into it to look trendy. Just cos vegan-folk-juke-aqua-wonky-boogie-trance-step is being adored in vice magazine today doesn't mean it's gonna be around for more than a month. Nah mean? 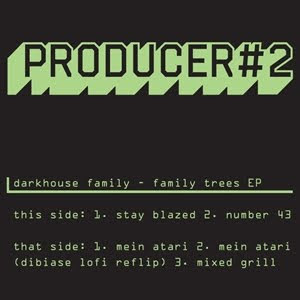 "Just cos vegan-folk-juke-aqua-wonky-boogie-trance-step is being adored in vice magazine today doesn't mean it's gonna be around for more than a month. Nah mean?"

DHF: That daedelus show was stomping. Craziest one will probably be this thing in SF with Kode 9, Lorn, Joy Orb, Mary Ann Hobbs and loads of other people.


A huge thanks to both Don Leisure and Metabeats for taking the time out for this interview.
One country that has played such a major part in so many artists careers is Japan. Ever heard of the saying big in Japan? If you get recognised in Japan you're guaranteed a lot of attention. In March the world witnessed one of the most devestating events in the last 100 years. Japans earthquake has shatterd thousands of peoples lives and businesses. Amongst many things music has great power to in force good in to horrific situations. Alongside many other worldwide artists Darkhouse Fam have put themselves forward on to a project called 'Nihon Kizuna'. Visit the website here and help by purchasing your copy - http://www.nihonkizuna.com/