Two For A Pound: Talking 'Local Produce' with Alfie Swan.

If you have ever walked down Queen Street in Cardiff during the day you will probably have, at some point witnessed the dulcet tones of the fruit and veg man screaming at the top of his lungs "RASPBERRIES, STRAWBERRIES. TWO FOR A POUND".

If the truth be told this man isn't the only one promoting 'local produce' in the city! (See what I did there?)

Alfie Swan is quietly (unlike fruit and veg man) creating a platform that is already sending shock waves through the streets of Cardiff. Always humble and with an exquisite music taste.

'Local Produce' has been the go to spot for Cardiff's producer community, to get together and share their latest works to a vibrant and mixed audience all enjoying the cosy atmosphere of the Blue Honey Night Cafe. Cardiffs latest spot for underground music events and late night eats.

It is with great pleasure I present you this short but informative q+a with Alfie Swan. Check out the music links and if you are in the area get down to the monthly 'Local Produce' at Blue Honey Night Cafe. The next one will 26th May 2018. 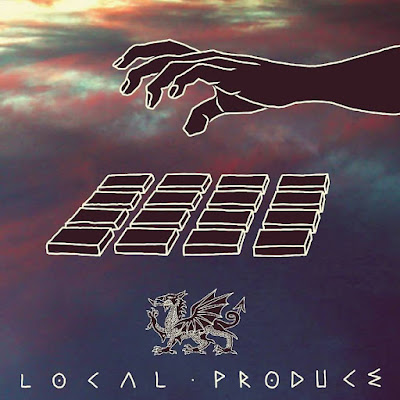 Two For A Pound: Talking 'Local Produce' with Alfie Swan.


Whats happening. Cardiff seems to have been picking up the pace recently with thanks in part to your monthly event local produce.


You’ve been deeply involved with music for some time now. Do you feel that the cities music scene is in good health?

Without a doubt Cardiff’s scene is in a healthy state at the moment, there’s people putting us on the map on a broader scale & our underground is as vibrant as it’s ever been. However it’s not without problems, there’s only a handful of decent clubs & they’re all fighting to stay afloat against misguided regulations with misplaced priorities. A smarter city would be supporting the melting pots of the city’s culture rather than strangling it. There’s enough passionate people making the best of what we have though & I think what we have is genuinely special. It’s a good time to be in Cardiff right now.

What triggered you to start up Local Produce?

I’d had this idea of a community driven night for a long while, which  turns out is not a new idea since most major cities on Earth have some iteration of this such as London’s CDR. So I’m not exactly reinventing the wheel here but the time was right for Cardiff to step up & the opportunity presented itself once I floated the idea past the guys at Blue Honey. 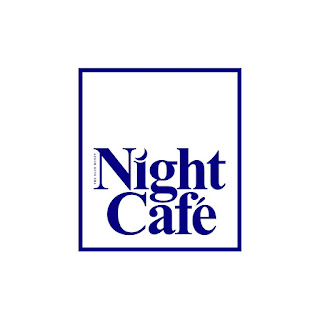 By the way Blue Honey are heroes. They’ve consistently taken huge risks for the sake of enriching the city. Whether it’s booking Kamaal Williams & Yussef Dayes to play the smallest venue they’ll ever play in their life or turning an old casino into a club for a month. We live in a better city because of people like them, dons.

Most of my friends make music & some of the beats I was hearing from them was blowing my mind so it was a no brainer to start this. Drag it all out of the studios & bedrooms & into a space where anyone’s welcome.

You’ve had a lot of amazing producers pass through the blue honey night Café. Any highlights?

I think the highlights for me are more experiential than any individual tracks or producers though. Like when a completely unassuming kid brings something mad on a usb. Or watching people dance to something you’ve bounced down a couple hours earlier in the day. A few people have told me that it’s the reason they’ve pushed themselves to finish some music they’ve been sitting on for months. People come to dance too, there’s something vital about being in a dance where all the music has been made in the communities you live in. It’s a small miracle that it’s not just a bunch of chin strokers talking about compressors to be honest. 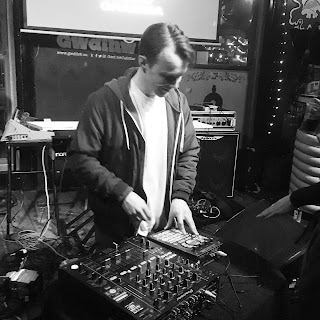 News on the web is you are sitting on a new music release. How much are you willing to share?

Yeah that’s happening, not just a new release but my first since taking music production seriously this past year. I can’t say too much about it yet but I can tell you it’s a remix, on a label I’ve listened to for years, amongst some serious names & the test pressing sounds good.

There’s plenty more music to surface soon but again I have to keep it locked for now. If you want to hear any of my music you’ll have to come to a live show... or Local Produce.

Some artist tracks you’d recommend we listened to?


Dan Marshall is an important figure in Cardiff’s scene, he masters more or less everyone’s stuff & is an absolute scientist of a producer both musically & sonically. I owe him a lot for the knowledge he’s imparted on me & his forthcoming project is going to blow some wigs back. Long Hose is the B side to his Acid Bon Bons EP from last year, wild stuff.

Dave Intex - What You Sayin'


Dave Intex is one of the most consistently dope producers in Cardiff & in my opinion gets criminally slept on. He’s sitting on a full LP of material that always turns heads at Local Produce. This is one of my favourite cuts of his from the Modula FM tape.

The Third Mind - Consequences (Of Any Nature Reprise)


The Third Mind is a collaborative project from Sleep/Walk/Listen whereby a song was continually remixed by Jauge, Morris Cowan & Owls, before finally being reprised by ‘Of Any Nature’, rather than it being an overcooked mess as you’d expect with that many chefs in the kitchen the result is beautiful.


Earl Jeffers FKA Chesus FKA Metabeats & one half of Darkhouse Family needs no introduction & has been making heaters for years whether it’s boom bap for the likes of Action Bronson or tasteful yet effective dance music with the likes of Henry Wu & Byron The Aquarius. This EP for Motor City Drum Ensemble’s imprint was a big step. I’m sure a lot of beer has been spilled over this one.


Gianni Branciamore is another amongst my favourite producers in Cardiff & an absolute force behind the 1’s & 2’s, the sort of turntablist that makes you embarrassed to say you’re a DJ. This is a remix from years back that I’ve always loved listening to.
At this point I feel obliged to include these 2 essential LP’s, they’re masterpieces from start to finish pick em both up if you haven’t already:


Don Leisure AKA Halal Cool J & another half of Darkhouse Fam, this LP is an absolute gem. It’s an ode to car journeys as a kid with his family & his uncle spurring him into beat making. It’s a cut that shows off the depth of his crates & a real creative ingenuity that’s often missing in ‘beat tape’ style albums.

Finally the Darkhouse Family LP, just listen to it.

Thanks to Alfie for taking the time on this one.