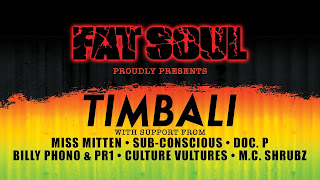 Fat Soul and Fat Lace present a night to warm your soul as the snow comes down. Keep warm and allow Doc P to introduce you to West Wales own Dub Reggae group, Timbali . 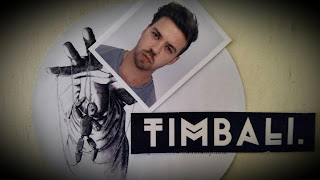 EMW: Hi there, to begin, can you tell us who you are, and just briefly say what you do?

Timbali: Hi I’m Ollie Davidson - Howell and I produce and Dj under the name Timbali.

EMW: Can you tell us a bit about ya background? (EG. Where’d ya grow up, ya roots in music, instruments/bands)

Timbali: I was born and raised in the beautiful county of Pembrokeshire. My old man is a bass player and has played in lots of bands including ‘Nik Turner’s Fantastic Allstars’, ‘The Cherryheads’ and most recently ‘Senedelica’. This meant there was always instruments lying around the house so I started picking up the guitar at a young age.

When I was about 8 years old  the group ‘Zion Train’ moved in to the house next door and although at the time I didn’t really know who they were I’m now very thankful that Roots and Dub music was introduced to me at such a young age :)

I started playing in bands from the age of 15 and have done so ever since including ‘The Chaos Theory’, ‘Monty Pirates’, ‘Johnny Action Finger’, ‘Ok’, ‘Jedi Sound System’, ‘Regime’ and ‘Nii Tagoe’.

EMW: Where did the name Timbali come from? I know the word timbali has percussion links but not a lot more than that.

Timbali: I used to joke with mate Theo (Regime’s Drummer) about the ‘Timbale’ in his kit being the only drum worth hitting because it sounded so much better than everything else. They really are a great sounding high pitched drum, so I guess this is where the name started but I then wanted to change the spelling to create my own brand / word and I like the fact it has the place ‘ Bali ‘ in the spelling, maybe it will take me there one day!? Ha.

It sounds like an explosion of high energy, heavy hitting Reggae and Dancehall in my own unique Timbali style.

EMW: Can you tell us a bit about Timbali’s influences, any bands or artists you’d say have been pivotal to you over the years?

EMW: So as Timbali you produce, DJ, mash-up soundsystems and even do live band stuff. Would you say you enjoy all aspects, or are you more focused on certain directions?

Timbali: I definitely enjoy all of these aspects but for me you can’t beat the feeling of being on stage and making people happy and dance to your music. At the moment I’m spending a lot of time writing and finishing music in the studio which is also a big part of what I do and love.

EMW: How does Timbali sound live? What can audiences expect from your live shows?

Timbali: It sounds like an explosion of high energy, heavy hitting Reggae and Dancehall in my own unique Timbali style.

EMW: What kind of shows and events have you been involved in, any highlights in particular come to mind?

Timbali: I’ve played lots of gigs but two that stand out for me would be headlining The Croissant Neuf stage at Glastonbury festival 2016 and also supporting David Rodigan in The Globe Cardiff. 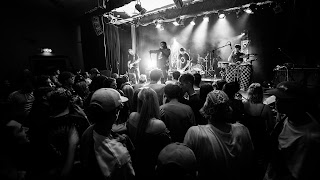 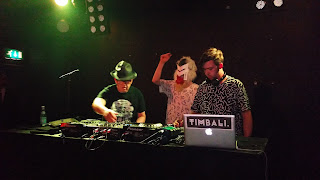 EMW: How did you come to be involved with Raider Records and can you tell us a bit about the label, and some of the other artists on Raider?

Timbali: Raider Records was formed by Dj / Producer G Duppy and I think the first time I heard his music was when Mr Benn posted one of his mashups on Soundcloud. We got chatting on the internet, exchanging music and decided to do a release. Artists on the label include: G Duppy, Rukus, Bluntskull, Parly B, Peppery, Dark Angel and Blackout JA. I love all these artists and they all bring their own unique killer sound to the label.

EMW: You’ve had some big exposure with remixes from the likes of Benny Page and Blend Mishkin to name a couple, and radio plays and mixtape features a plenty, has it been an exciting time for Timbali recently?

Timbali: Yes definitely, I’ve always been excited about this project and if the excitement and love is there it’s something I hope I will always do :) To have artists I’ve always had lots of respect for remix my tracks is a great feeling and I’m honored and very grateful.

EMW: Any brand new or upcoming Timbali releases you’d like to mention?

EMW: And finally how’s 2018 looking for Timbali? Where else can people catch you live this year, any festivals lined up? And any events you are particularly looking forward to?

Timbali: You can catch Timbali at the following festivals this spring / summer: Lost Cove Festival, Big Love Festival, Bearded Theory Festival, Sunrise Festival, Boomtown Festival, Westival and plenty more to be confirmed. I am very excited to be playing on the Hidden Woods Stage at Boomtown this year :D 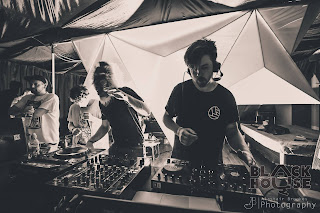 Big big up and thanks to you mate! Maximum respect and blessings to ya. Much appreciated.    Thanks for having me, Much Love. Timbali