An interview with beatmaker Tetrahex.

Like what colour socks should I wear today or what to have for dinner. Recently I've found myself having to make a difficult choice deciding which track from Tetrahex 'Save Point Ep' to feature on the #EMWTen Spotify playlist.

Tetrahex has been busy in the Welsh capital, studying music and working on some great projects. Just as he re-releases Save Point EP. Now seems like a good time to find out more about this emerging artist.

I still haven't made my mind up...


An interview with beat maker Tetrahex

Who are you, where are you and what are you doing?

I’m a beatmaker/music producer/sound engineer working under the ‘Tetrahex’ Alias. I’m currently based in Newport but spend more time making music and performing in Cardiff.

@EMWBlog
You have just released Save Point Ep on streaming services such as Google Play and Spotify. Tell me a little about this work.

Yea, so I initially dropped the ‘Save Point’ ep as a little limited edition cassette release. I know cassette is an interesting format to be releasing on in this day and age, but I think the lofi, cheap and dirty sound of cassette suites my music well.

The tracks on ‘Save Point’ EP were written at different times, I think the first track was written in 2014/2015, and the last one was written in early 2017.

The music I make and create constantly changes, I like to bounce between genres from time to time to keep things fresh. Not only that I find it difficult to commit to one genre, it’s too limiting for me personally. For this release I wanted to capture where I was at in terms of how I sounded at the beginning of 2017, to create a musical time capsule, or ‘Save Point’ if you will.

It’s interesting how you talk about creating a musical time capsule and your choice of originally releasing on cassette. Could you describe the process you had to go through to get your music from digital to cassette. Do you have any tips for other artists who’d like to do the same?

The process of getting music onto cassette isn’t too difficult. There a couple of ways to go if you want your music on cassette. The most costly and time consuming process would be to buy a cassette recorder and blank tapes and get stuck in. I have wanted to do this for a while but financial and time constraints have prevented me from doing so. The fun thing about manufacturing this way though is the ability to customise each individual cassette, and that no two cassettes will be 100% the same.

The more traditional method of getting your music onto cassette would be through a cassette label. For other lofi/hiphop/beats artists, the simplest and most cost effective way would be to submit music to inserttapes.com. They're great to work with, just send them your music and cassette-adapted artwork and they take care of the rest. I went through them for my last release, “Waves ep”. You can find Waves ep here.

Alternatively, artists could go through a manufacturing website which is what I did with Save Point EP. I used a site called Bandcds.com. I sent them all the relevant files and they did the rest. Again, this method can be costly, so I would recommend the next approach.

Obviously you are influenced by Beat Makers but also your sound has an element of Four Tet, Amon Tobin and other electronic taste makers. Do you actively seek inspiration from other music releases?

There are a few key beat producers who inspire my sound such as Flying Lotus, Dibia$e, +ma and stln drms just to name check a few. Recently I’ve found myself relying on and following various Facebook groups (such as morebeats>lesssleep, sp404 freaks, lofi.family and strictly lofi) as opposed to individual artists.

There’s so much music being released it’s sometimes hard to keep up, so I dig through the various Facebook groups when I’m looking for new tunes to listen too. It’s like the digital equivalent of searching through dusty crates of vinyl for that one killer track, haha.

Aside from Hip Hop and making culture, two of the biggest artists that have impacted my sound are Burial and King Tubby. Burial because his second album, untrue, changed the way I perceived music. Up until that point I’d been into very clean, polished EDM, but hearing that album, the way it embraced noise, that was a game changer.

Explain your workflow. How do you start a new beat?

For most of my beats I’ll normally start with the drums. If the drums aren’t right then the rest of the song isn’t gonna work no matter how good the other sounds and samples. When I’ve found the right sounds I’ll then move on to playing in a beat( into Ableton) with my Korg nano pad. After I’ve played the beat in and there is a nice groove going on, I’ll then chop a sample in Ableton or on my 404.
Samples are taken from various place, sometimes vinyl, other times CDs, occasionally straight from the web browser.

If I’ve got an idea for how I want to cut the sample I’ll go with the 404 because it’s easier and more organic to chop samples. If not I’ll just let Ableton auto chop the sample and then I’ll play that back on the nano pad and take it from there.
When I’ve got a beat and a sample chopped, I’ll then move onto adding bass guitar or bass synth, then vocals and or FX and thats normally it. Sometimes I’ll run an entire beat through the 404 for its lofi mode just to give it that extra crunch and raw grit. 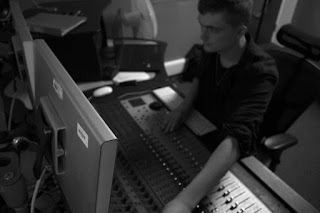 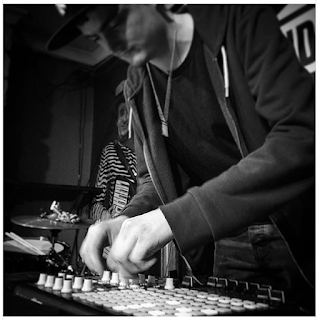 Recently I’ve found myself relying on and following various Facebook groups (such as morebeats>lesssleep, sp404 freaks, lofi.family and strictly lofi) as opposed to individual artists.

You are heavily involved in music making and promotion. You currently run an event in Cardiff?

Who has featured or will be at “True Dirt Presents”?

We’ve had some brilliant acts such as Trials,Perp Posse,Bryn Morgan, Sunbane, Requisite Bass, Kyak and Owth all play at True Dirt so far, however I’ve seen a couple more artists recently who id love to have play in the future. As always, I’m looking for more acts to play for future events, so to anyone reading this that wants to play at upcoming true dirt events, get in touch….!

What’s the best way for interested artists to get in touch?

For those wanting to play at future True Dirt events, send an email with links to music and social media profiles to true.dirt.presents@gmail.com. Although the main focus of true dirt is live events, were keen to promote artists music through our social media channels too!