Bubblewrap Collective are an established independent record label based in Cardiff. Known for working with lively acoustic acts performing a mixture of folk, rock and ballad songs. Acts such as Little Arrow, The Gentle Good, Eugene Capper and Mandy. Recently they have also been venturing in to the world of electronic music with a recent debut show from My Name Is Ian. A fast paced, witty and forward thinking group akin to The Streets.

The latest news from Bubblewrap is the new signing of electronic visionaries Cotton Wolf. A duo formed of Welsh producer Llion Robertson whose name can be found scattered across countless releases from the likes of Gulp, Gallops and Future Of The Left. The other half is classical trained composer Seb Goldfinch whose featured on releases by Richard James, The Gentle Good and Reverse Engineering amongst many more.  They are a duo who have melded deeply intricate and original electronic music production with a classical songwriting and a heavily visual aesthetic.  Their live act is hypnotic and previous releases have gained support from BBC Radio 1 and 6 Music. 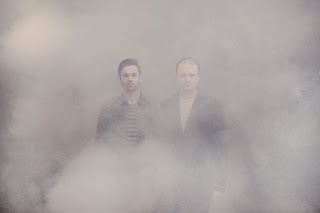 Bubblewrap records are set to release their debut album ‘Life In Analogue’. Described on the labels website as follows:

“Themed around the connection and disconnection found in our interactions with technology, the electronic backdrops are mediated through the pair’s deft, warming and human approach to production”

Richard Chitty, a musician, designer and the man behind Bubblewrap collective took time out from his busy schedule to answer some questions for EMW.

EMW: Bubblewrap Collective is a great name. How did you come up with it?

RC: The origin is a little silly actually. It comes from a scene from Summer Heights High, an Australian comedy written by Chris Lilly. It doesn't really have any connection what we do or release, but after 8 years, it's a little late to change it.

EMW: You’re based in Cardiff. Do you find that most of the music you release is made in the capital?

RC: It is mostly from Cardiff. All the music we release is made in Wales, and I think most is from Cardiff because that's where I see the acts perform. We tend to build a relationship with the artists before agreeing to release anything. So naturally, that is easier to do when they are in the capitol too.

EMW: You have a close relationship with design and media companies. This gives your label a unique aesthetic that stands out. It seems you consider each release as a piece of art. Whether it be a physical vinyl release or digital only. Could you speak a little about your approach to each release.

RC: Well, my day job is as a graphic designer. I run Ctrl Alt Design and do all sorts of web and print based projects. Ever since starting studying design, my inspiration has come from album cover design, so to have the outlet where I can produce artwork for various albums has been a great way for me to feed my creative vice. The label and design side has also grown side by side with On Par Productions, who have been friends since University in Newport. So I guess we've been lucky to have a wealth of talent to turn too, especially with such a close relationship.

The approach is different to every release really. It depends on the artist, the album and what they want to say about it. Sometimes they will have the artwork they want to use, sometimes we'll work together on it. It is important for me to convey the music accurately in a visual form.

The latest release from The gentle Good; 'Ruins / Adfeilion', is a great example of this. We wanted something to reflect the themes of the changing society we live in. There's a lot of these ideas running through the album. But we also didn't want to create a typical 'folk' album cover. Gareth wanted something contemporary and I think we achieved that using the marbling approach. Plus the vinyl run had a matching marbled vinyl. Beautiful! 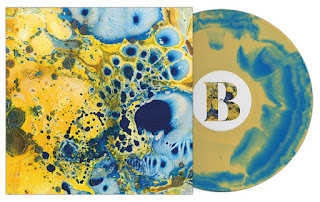 EMW: Would you say that the majority of the music you release have been focused on acoustic acts. More traditional band or singer songwriter structure?

RC: The label began with a few indie, lo-fi, twee, folky releases. It was just the type of music I was playing in bands with at the time, and the reason for the label back then was to release our own music. It stayed as more of a folk outlet for a while with Ivan Moult, Barefoot Dance of the Sea and The Gentle Good but as the years have gone on, I didn't want it to be restricted to a certain genre of music.

I listen to and enjoy most types of music and I don't think that genre should be a defining element of music. So now I just have the ethos that "If I love it, that's enough"

EMW: You have recently ventured in to electronic music acts. Is this a change of direction for the label or a natural progression?

RC: As I mentioned above, we are spreading our wings. Not in an attempt to become an electronic record label, but just to cover music that's great. It just so happens that this year, we're going to have a few electronic releases! but also more folk, indie, psych, lo-fi etc.

EMW: It seems that both Llion and Seb have been working with acts on Bubblewrap for sometime. Was it natural for them to decide to release on your label?

RC: Llion and Seb have worked with The Gentle Good a lot, so I've got to know them through that. I've been a massive fan of their EP's on Strangetown Records and when I heard they had an album ready, I jumped at the chance. It wasn't a difficult decision to want to release it and we have a good relationship. My only reservations were standing on any toes over at Strangetown, but I'd like to think there no animosity there. Or at least I hope so, Super Furry Animals are some of my musical heroes.

EMW: What formats will you be releasing Life In Analogue?

RC: Life in Analogue will be out on a 2 colour splatter vinyl and will also be available digitally.

EMW: Who else are you excited about currently?

RC: HMS Morris are such a great band. Definitely one of my favourites in Cardiff at the moment. Fifth Spear is another great electronic act. And great live too. I'm obviously very excited to be releasing Eugene Capper & Rhodri Brooks stuff this year, and again, such a great live band. In fact, I think most stuff I end up releasing has made a significant impression on me when I've seen them live.