An interview with Alex Dobson on Music in Motion. 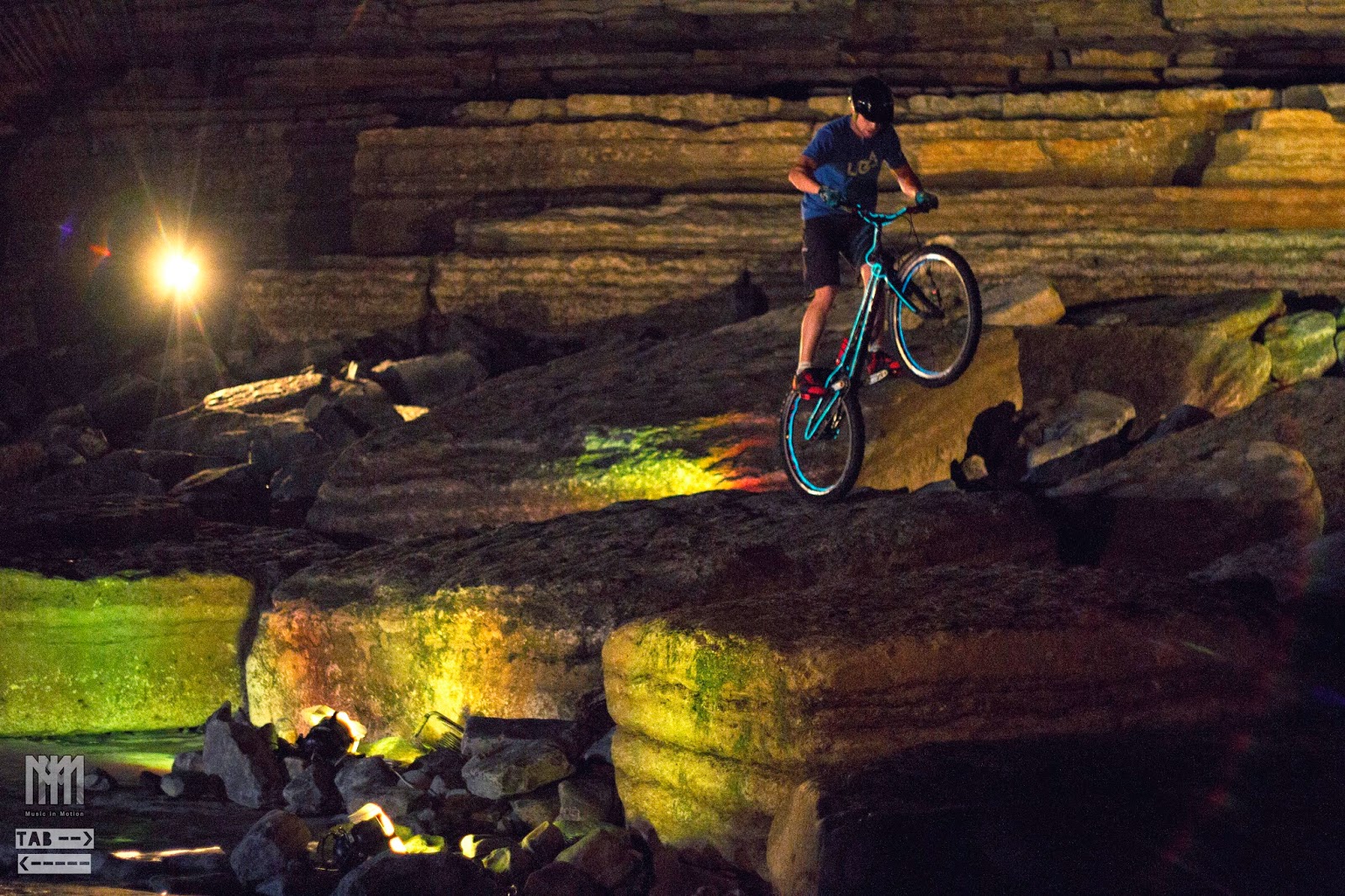 Sometimes great ideas manifest and smack you in the face. Music in Motion is one of those ideas that really does make you think. The possibilities are endless and I can see Alex taking this concept a long way. Here is a short interview with Alex Dobson regarding the project and with a little insight in to how it all came together.

EMW: Hello and welcome to EMW. Please give a little background info on who you are and what you do.

AD: Hello my name is Alex Dobson, I am a Third year student studying Creative Sound And Music (CSM) at the University Of South Wales Newport. I am a singer songwriter originally from Devon performing mostly my own original acoustic compositions, but I am also the lead singer in rock band that was formed in university. I previously studied both music and music technology at the Woodroffe School in Lyme Regis, Dorset and have been a keen trials rider for over 8 years, competing in various local competitions and tournaments.

EMW:  So you have a lot of titles! Let's talk about how you started to think about your love of trials riding with your music?

AD:  The thought never really crossed my mind that I could use my bike to create music and actually at the time I was thinking of doing some of my solo acoustic stuff for my project. Full credit goes to the CSM course for sparking this idea. You spend most of your time on this course lost not knowing what you want to do.

However at some point as you filter through all the information you begin to realise that things just start to click and fall into place. For me this was when we started to look into Max MSP and doing some of the software workshops. I never really thought I would be into the coding side of things but as we worked are way through these workshops just scratching the surface of some of the possibilities, I started to feel this idea being formed.

I have always loved riding my bike and always really enjoyed making music, so why couldn't I do both? Watching extreme sports videos, I began to notice that the music was never truly related to what was happening on screen. Sure, sometimes with clever editing you can make a rider land a jump on a beat but you never really get that true connection between the audio and visual. This was what I wanted to try and do, create a performance that the music was as much part of the performance as the sport was itself. I gingerly pitched this idea to Matt Lovett and I remember the exact words he said to me being “I was wondering how long it would take you to start using your bike on this course!" I should have known he would have loved this crazy idea as it is exactly what the CSM course stands for, taking something and using it for a completely different purpose than it was intended for. From then on the ball just started rolling!

EMW: And so MIM was born. Please can you explain the concept briefly?

AD: Music In Motion is a live extreme sport entertainment project with a twist. It fuses trials riding with musical performance to deliver a jaw-dropping sound-and-movement spectacle. Rider and musician Alex Dobson uses interactive technology to transform the bike into an instrument, making music with heart stopping stunts, control and precision. The worlds of music and sport can meet in new and unexpected ways, and Music In Motion demonstrates music’s innate power to enhance our physical and mental abilities: in other words...’music is the sport’. 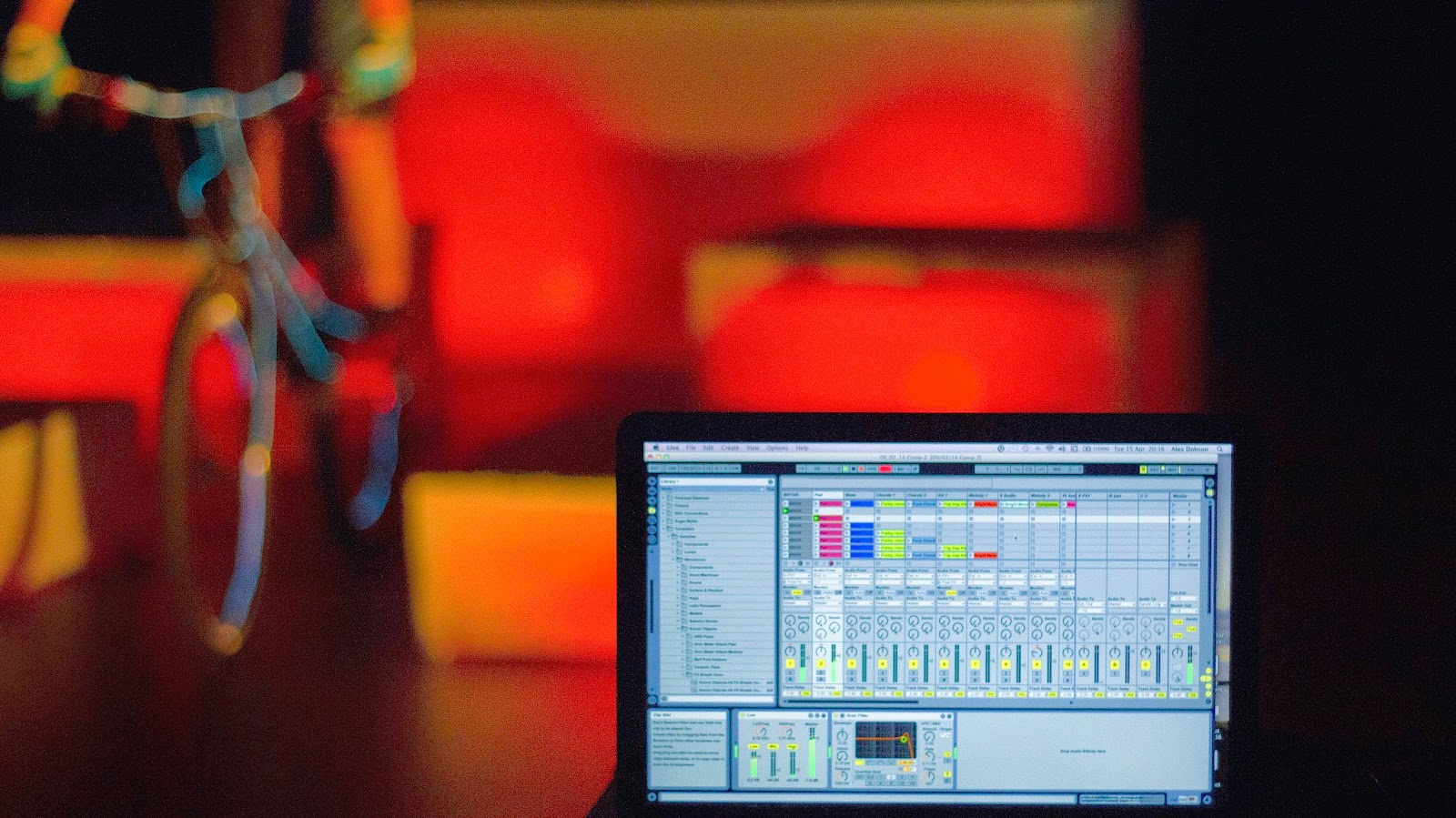 EMW: It truly is an exciting project. How long have you been working on it?

AD: The initial idea for the project itself and the first version of it was formed about a year and a half ago during my second year of university. Then in September 2013 I began my final year of university and I have been developing the project ever since. Like everything it has had its ups and downs but through a lot of development and testing of different ideas, Music In Motion started to come together. It has been really hard trying to juggle this project alongside my other modules as it has been so demanding practically and technically. I am very much looking forward to taking this project on further after university as I think I will have much more time and freedom to develop it further.

EMW: How did you incorporate software such as Ableton in to your performance? Could you perhaps describe the set up briefly?

AD: To integrate Ableton Live into the performance I had to use multiple software to allow me to transmit the data from multiple emergent technologies, the main one of these being Max MSP. From there I could record all the data that was being received and map it to what elements I wanted to manipulate in Ableton Live. I also used OSCulator to gather all the incoming data from the Wii remote which could then also be used within Max MSP.

EMW: There's definitely avenues for collaboration with other riders and also music makers and sound designers. Are you currently looking for content to use in your performance?

AD: With deadlines approaching and the intense workload for other modules I am unfortunately restricted to the avenues I can explore. During the process of developing this project I have discovered so many more possibilities for it and I am extremely excited to push this project on further after university. I have been looking into collaboration with other artists testing out different genres/ soundscapes and mapping them to a performance. Every genre of music seem to bring its own element and style to the table which is very exciting.

However, as much as I would have loved to have had multiple tracks mapped to a performance, time unfortunately is not on my side and I have had to concentrate on just one composition and one performer for now. I Will be looking for artists, sound designers, coders and riders to help me take this project onto the next level after university and fully welcome any collaboration.

EMW: How do potential contributors get in touch?

Many thanks to Alex Dobson for his time. Watch out for MIM at an extreme sports event near you soon. Event organisers get in touch!
Ableton Bikes Max MSP music Sport Trials