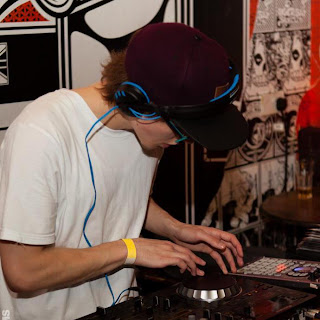 
Earlier in the year I was given the opportunity to DJ at an amazing live art and Hip Hop event called  Graffitea  (Big up Spar Warz for the opportunity!) that is held up in Cardiff at the Buffalo Bar. The night was quality with art battles, breakdance and Hip Hop music. One of the performers on the night was Cygnus who plugged in his SP-404 and proceeded to blow my mind with a selection of beats and samples that got me head nodding on several occasions. Check his Soundcloud out here - https://soundcloud.com/cygnusbeats/

It is with great pleasure to announce that Cygnus will be performing at our next event in Carmarthen on the 16th November. In run up to the event I caught up with him over email to talk a bit about himself and upcoming projects.

HJ: Welcome to EMW. We're really exited to have you perform at our next event on the 16th November. What can we expect from you?

C: Thanks, fully looking forward to November! I'll be hosting an open mic cypher and tapping out beats from my sampler so expect to hear a load of weird beats. Working on a new batch exclusively for the ears of peeps reaching this EMW/RLD event & so far I'm happy with how they're sounding. Although my laptop just broke and that might leave me totally fucked, we'll see.

HJ: Your 404 set includes loads of bootlegs and crossover beats. Where do you draw influence from when putting together new mixes?

C: The stuff I play out on the 404 is mainly beats I've put together over the past year & it'd probably be easier to list what I'm not inspired by when it comes to making music. I like anything made purely for the love of doing whatever it is that they do & I think there's really only two genres of music: music you resonate with & music you don't. As far as putting mixes together: Kutmah & Gaslamp Killer are the kings, their selection is second to none. Most DJ's these days seem to be so preoccupied with the technical aspect of mixing but a strong selection can be much more important.

HJ: Duke Ellington said something similar "2 types of music". You've also mentioned that you are part of a collective of musicians that play jazz and hip hop?

C: Duke definitely had the right idea, too many peeps pigeon-holing music these days. And yeah the jamband thing is part of our collective, a way of getting producers out of their bedrooms and back in the studio with other artists. It's early days but we have plenty in the pipelines.

HJ: How long have you been making your own music?

C: I've only really taken production seriously for just over a year now though I've been writing music and fannying around recording stuff for around a decade. At this point I don't even feel like I'm the one making these beats, alot of them seem to come from a weird kind of meditation. I'll sit down in the evening to make something then BAM it's 4am & I'm listening back to something that feels like it was pulled from nowhere. So in a deeper sense sometimes I don't even know if I make my own music.

HJ: You are a member of Blue Dot Collective. What are your goals as a collective and who's involved?

C: Yeah I'm one of the founders of B.C - it's something we've been trying to put together in Cardiff for a while. Basically it's a way of bridging the varying gaps that divide the scene here and give artists a platform and environment where we're all able to collaborate. A bunch of fucking hippies basically; producers, musicians, MC's, painters, photographers, DJ's - we have a couple upcoming projects & a free beat tape dropping soon so keep your eyes peeled: https://www.facebook.com/Blued.tCollective

HJ: What can we expect from the forthcoming beat tape?

C: Free music from myself & other blued.t affiliated producers, there's no real underlying concept for this one it's just music for music's sake. But let's just say we have some projects and collabs in the works that we're playing close to our chest for now. 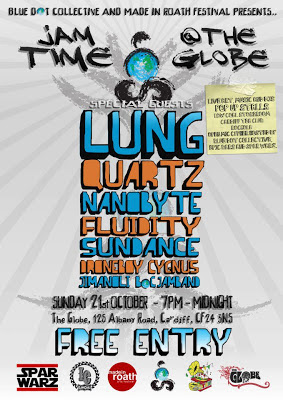 HJ: Your new collective have just put on the first show at the Globe. How did it go?

C: All things considered the launch party went really well, we had 3 days to promote it & still managed to draw in loads of heads on a Sunday. The support that people are already showing for us is unreal & everyone that played that night absolutely killed it: Lung, Quartz, Nanobyte, Sundance, Fluidity, SoKilla, Droneboy - huge love to all of them.

We didn't get to do everything that we wanted to on Sunday because of some logistical problems and we definitely learnt some lessons about the stress involved in promotion. Our next event will be in a more intimate venue but with the same party atmosphere and involve more live music, plenty of live art & maybe we'll be a little better organised (maybe).

HJ: Who are you listening to at the moment?

The CDF scene is really healthy at the moment: Darkhouse Fam, Lung, Quartz, Nanobyte, Monika, Mudslinger, Cryptid, Dan Marshall- too many to list but all killing it in their own respect.

Right this second I'm listening to diplo's mix 'got stoned and mixed really old records for half an hour'. 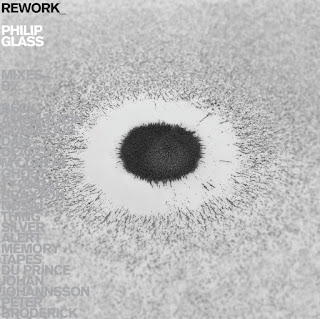 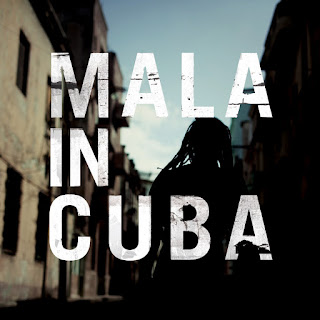 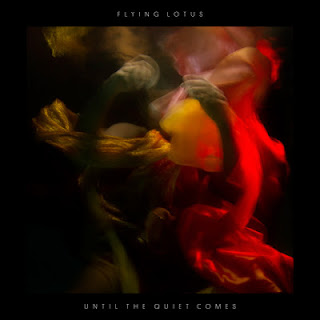 Flying Lotus - Until the Quiet Comes 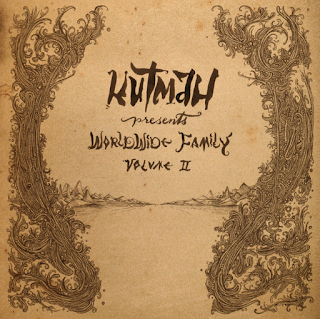 Lorn - Weigh Me Down