on March 12, 2012
Electronic Music Wales are proud to present an interview with Cardiff based producer Owls. After hearing a couple of tracks on his Soundcloud and grabbing the free download of The Weekend - Rolling Stone, we just had to find out a little bit more. Not only has Owls taking the time out to answer our questions but he has also contributed an exclusive track to the blog available as a free download from the Electronic Music Wales Bandcamp. 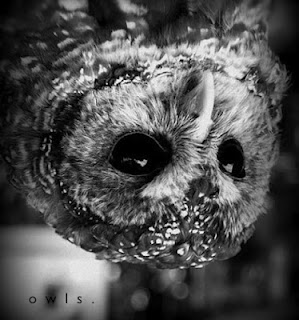 "Someone once described it as music for after the after party so I'll go with that." ~Owls.

O: I'm Owls, producer based in Cardiff.  I like to make pretty tunes.

HJ: How would you describe the Owls sound?

O: Someone once described it as music for after the after party so I'll go with that.  Although I have been working on some more upbeat tunes recently but trying to remain within the style I normally go for.

HJ: Who or what would you say are your biggest influences?

O: This is hard as it's probably a combination of everything and anything,  but also seeing your friends and other local people doing what they do with the music scene is definitely an influence that motivates me.

HJ: Living in Cardiff do you find that there are enough creative people to bounce ideas off and work with?

O: Definitely,  I've been working with a few different people recently who create different sounds to me and have plans to work with some more.  It helps take your ideas to places you wouldn't normally take it and merge what I make with other genres.  It's not just producers/musicians in cardiff either, there are some great artists/photographers/promoters and generally knowledgeable people who I can show my idea to, or talk with and come away with something better.
HJ: Who would you most like to collaborate with at the moment?

O: I'd love to collaborate with a vocalist or rapper.  If it was anyone in the world right now I'd go for Abel Tesfaye (The Weeknd) or doing a track for Azealia Banks would be fun, I'd probably have to switch up my style a little bit though.  Although there is some great talent within Cardiff that I'd like to hook up with in the near future when the right song comes along.

HJ: Do you have any plans for a live show as Owls?

O: I do, It's something I'm starting to get into motion at the moment with a little help from fellow producer Jauge. He has his live set down, and I'm looking to do something of a similar nature, something a bit more active and busy than straight up DJ'ing.

HJ: How can people hear more of your music?

O: In no particular order...

In conjunction with this interview Owls has very kindly offered a free download of his recent track 'Siddhartha'. It is currently available on the Electronic Music Wales Bandcamp. All you need to do is enter your email address and it will re-direct you to a download link. This should make your week that little bit better! Peace.