Interview with Glyn 'Biggabush' on past and future works.

on February 23, 2012
Having been involved in music for the past 20 years and having success as a solo artist and with other musicians and getting released on such important labels as Best Seven, K7 and Sonar Kollektiv, it is with great pleasure to be able to interview Glyn for the blog. A great insight and some great music to listen to whilst reading. Make sure you buy his most recent release as Biggabush called 'Music By The Yard'. Enjoy! 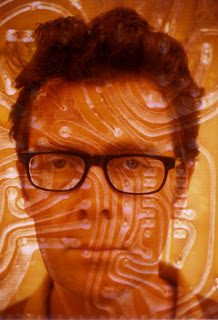 GB: My name is Glyn Bush aka BiggaBush aka Lightning Head. I've been making music professionally since 1992 and I live in Dorset in the South West of the UK. I play bass, guitar, percussion and also DJ.

HJ: You have several projects on the go as Biggabush, Lightning Head, The Black Albumen and a 20 piece percussion group called the Magic Drum Orchestra . How do you divide your time between these different projects?

GB: It really depends on what I'm working on; I rehearse every week with the Magic Drum Orchestra and we usually have our busiest period in the summer when we can play outdoors and at festivals. I've just released a new BiggaBush album which I worked on two or three days a week from Feb to December last year. Lightning Head is on ice at the moment and I'm just finalising some tracks for the Black Albumen for a new label I'm setting up with my good friend Phil Jones in Warsaw.

I'm also playing in a band called Cloud Garden which features hammered dulcimer, hang drum, drums/percussion and myself on bass and 12 string guitar. Very melodic stuff. As long as I'm doing something musical I'm always happy. If I'm not in the studio then I'll be putting mixes together for Mixcloud and Purple Radio.

HJ: As Biggabush you have recently released 'Music By The Yard' on Lion Head. What were your main objectives when creating this album?

GB: To work fast and take a different approach to track development than I normally do. I wanted the development to unfold more from track to track than within individual pieces. I also wanted to make some interesting beats and take a hip hop approach to the whole project - ie. using samples as my main inspiration, then warping them, shuffling them around and adding my own parts with guitar, bass and keyboards.

I had to move house last year which involved selling over a thousand records so last year I felt quite justified in having a splurge on buying new (old!) records, going to carboots and charity shops and digging for interesting stuff.

HJ: The label Lion Head handles amongst others your releases. What is the mission statement of this label?

GB: To boldly release my own music, keep it original and fresh and do my own thing.

HJ: During the 90's you had some success with the UK group Rockers Hi Fi. Please tell us a little about this group.

GB: Rockers Hi Fi was Richard "DJ Dick" Whittingham and myself and we worked together from 92-99, signing to Island and later WEA records, producing four studio albums and a DJ Kicks mix. Our best known tune was probably Push Push. We did lots of remixes, toured Europe and the US, were a bit of a cult thing in England.

HJ: What plans do you have for this year?

GB: I'm collaborating on some new music with my old friend (we've known each other since we were babies) PK Chown, setting up a new label to release limited edition vinyl, CDRs, cassettes, doing some festivals with the Magic Drum Orchestra, DJing the odd party when I get the chance and growing the Cloud Garden project. That's for now anyway....

GB: Not being in any way obsessed with keeping up with what's current, these aren't necessarily current releases, and aren't in any particular order: 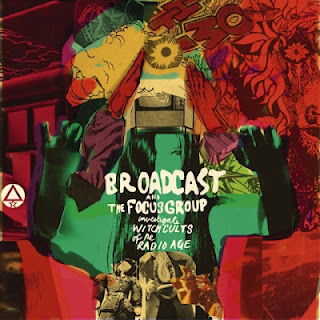 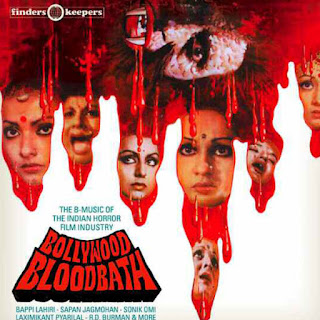 Thanks to Glyn for the interview and Phil Jones for getting me in touch with this great selection of music projects.
Best Seven Biggabush Broadcast Fatima Floating Points K7 Koan Sound Lightning Head Oddisee Rockers Hi Fi Sonar Kollectiv The Black Albumen The Magic Drum Orchestra