An interview with up and coming producer Jauge 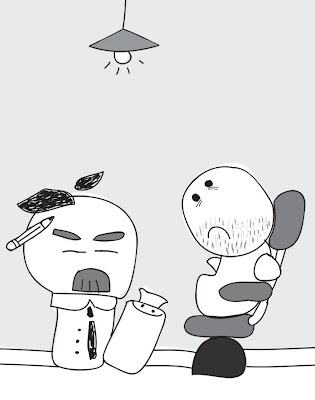 After performing an outstanding live set at the last EMW Presents, not only did I realise that George aka Jauge was one of the most promising producers that I've heard coming out of Wales, but also that he was another person like myself obsessed with sound and it's potential to change mind states and enhance our sometimes dull existence. Here we talk a little about production, future plans and music that is floating the boat this year. Enjoy.
HJ: Hello and welcome to EMW. Please introduce yourself to our readers.
J: Hi there, my name is George Stockton and I go under the alias of Jauge. I'm originally from Devon and am now based in Cardiff. I'm about to begin a MA in Creative Music Practice at Newport University.
The music I aim to create is a mixture of wonky beats with an ambient atmosphere and the odd glitched, minimal vocals. I like the detachment of words with vocal tone so you'll probably hear a few abstract vocals here and there...
HJ: How did you get into writing music?
J: I've been around music from a young age. Spent a lot of time being terrified in my Dad's band practices. I listened to a lot of 12 bar blues due to this. I started by teaching myself piano and messing around with drum beats off a Yamaha keyboard...as you do when you're young. I then taught myself guitar and I spent a lot time recording onto my 4 track Tascam, being a bit of a bedroom guitarist.
I played bass in a funk, rock band for 3 years doing pubs and band competitions which was fun however, the usual band issues evolved and the band ended and I went to Uni to do Psychology. 2 weeks in a decided I wanted to do something I enjoyed and got an interview on Creative Sound and Music at Newport...Mental course and since then got into electronic music and now I am here making this stuff.
HJ: Since getting in to electronic music which producers have you most been influenced by?
J: Literally so many producers have influenced the stuff I make. I'd say a huge influence would have to be Flying Lotus. I think he coined the tongue in cheek term 'Wonky' music. Over the past year or two I have been listening to artists like Aphex Twin, Bonobo, Jon Hopkins, Gold Panda, Baths, Kona Triangle, Telefon Tel Aviv, I could go on for days. Closer producers like Billy Phono have been a huge help in getting me to where I am. Tim Land (Landslide) has helped immensely in helping me shape my sound. All of the producers who exist on soundcloud have helped me decide how to create my music too.
Jauge - Demo by Jauge

"I would love to work with more vocalists and instrument players to add more of a twist to my sound." Future collaborations

HJ: You have a lot of found sound in your music. How do you source these sounds?
J: In terms of found sound, I'd say it is a mixture of just simple field recordings and any free sounds I like the textures of that are sitting on free sourcing websites. Mostly the high end frequency sounds that can be side chained to a kick is pretty much all I go for. All the beats are individual hits sourced from many different people. I tend to use Alchemy Ambient synth pack for all the pads.
HJ: Do you find that there is a good response too the sounds you play when performing live?
J: Ooo tough one... I think the there are elements that people can relate to, which is cool, however, in terms of how it may be perceived I'm not too sure. The majority of feedback for the few gigs I've done people have said its 'deep', 'trippy', and then related it to a few producers mentioned earlier, all of which is great to hear. I guess it is appreciated...
HJ: Your live set in the parrot for EMW was a great mixture of uptempo rhythms and more experimental sounds. Can you explain your live set up and methods briefly?
J: I really enjoyed the gig in The Parrot for a start, so thanks to all who were there! I'm really trying to mash musical elements together that don't necessarily sit in the D&B, Dubstep, House etc vibe (Love mixing all of it by the way!). I guess through what I've learned studying CSM is that I really wanted to push the experimental sound combining it with recognized sounds... If that doesn't sound too obvious??? . I understand that certain formulas really work when DJing like quantized beats etc but the idea is to create a rhythm that is more irregular but still maintains an overall 'stomp'/movement which, when experienced makes sense. 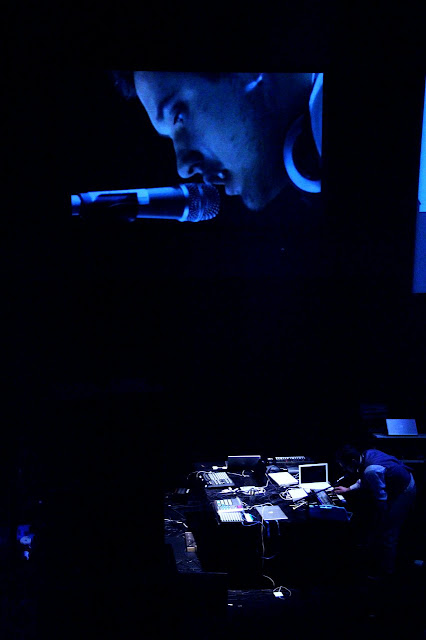 "I also feel a deviation from the original tracks wouldn't go a miss to really bring in a DIY, wonky element to it... I'm not too sure yet how it will evolve, but it will." Juage on evolving his live set

HJ: How can you see your live set evolving?
J: 'Economic' is what I thought for the live set. Can you do it out of a back pack??? I use Ableton for the DJ and improvised/experimental side of the set. I tried to keep things simple with a few channels available for live sampling (mainly vocals and for some strange reason glockenspiel) to manipulate whilst playing out the stems of tracks. I only use an Mbox, Mic and Novation MIDI controller.
I think a more visual set would be a huge help towards the development of the live set. I also feel a deviation from the original tracks wouldn't go a miss to really bring in a DIY, wonky element to it... I'm not too sure yet how it will evolve, but it will.
HJ: In terms of producers you have found recently, who do you rate? Who would you most like to collaborate with currently?
J: Ooo, tough one again. Producer wise in terms of what I listen to currently one would have to be Samiyam (that would be cool) loving his style at the mo and others like Baths, Toro Y Moi, Keaver & Brause, YoungMontana and Tropics... So many...People like Sina, Illl who I follow on SoundCloud. I still really want to work with Billy Phono, Oscarlater, Trwbador and Landslide. I would love to work with more vocalists and instrument players to add more of a twist to my sound.
Sina. - From Love To Dust by Sina.
HJ: Can you explain your production set up briefly for all the tech heads?
J: Set up wise its pretty small and simple, something I need to invest in more, but I currently use Logic for most ideas and a Novation Mk25sl (Or something like that) MIDI controller for doing live automated filters within a synth program called Alchemy to get more of a live feel when recording. I tend to finalise tracks in Pro Tools within the Uni studios because it feels like a different approach to the tracks which mostly help to improve not just sound but also composition.
HJ: Where would you most like to perform?
J: I'd really like to plan a little trip around small intimate venues i.e. cafe/bars in the UK or Europe just doing it out of a back pack. For now I really want to hit Bristol more to places like Start The Bus (I think that's it's name) but there are also a few venues in Cardiff I want to try and get involved with, its just finding a promoter/night that my music suits really. London would be cool too for sure.
HJ: Ok. Top 5 tunes of 2011 so far for you?
Top 5 - No particular order.
Nicholas Jaar - Wouh
Gill Scott Heron & Jamie xx - I'm New Here
Gold Panda - Fifth Ave
Prefuse 73 - The Only Contact She's Willing To Give.
Samiyam - Escape
HJ: What is your beverage of choice?
J: Anything with % on it.
Many thanks to Jauge for performing at our latest EMW Presents and for taking the time out for this interview. Hope to be doing more with this excellent producer soon. Peace
Ableton EMW Presents I||| Jauge Landslide Live Sina. Trwbador