on June 03, 2011
In run up to tonights show Tom X2K and ADE take time out to give us some insight in to their show. Come down to the Parrot tonight before 11pm to catch these two pulling off a live 4 deck mix. 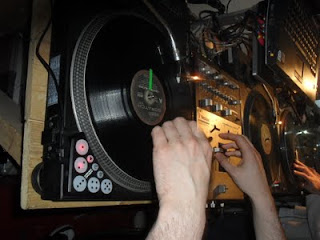 "Luckily Ade was doing the same thing at about the same time & we spent many hours together comparing what we had learned and trying new things, it was a great time!" ~Tom X2K

X2K: Hi I'm Tom X2K, I have been DJing for about 15 years now but never really been one to stick to 1 genre or style of DJing, I like to explore all possibilities.

I got into hip-hop in about 1995 when I heard Funkmaster Flex cutting up oldskool breaks on the radio. After that I was hooked and started to dig deeper, taking influences from people like DJ Shadow, Coldcut, Mixmaster Mike, Cash Money, Rob Swift, etc.

HJ: How long have you both been in to turntabalism?

X2K: For a couple of years after I started DJing I just concentrated on beat matching tracks, it was mostly techno and drum & bass. After a while I started to teach myself to scratch but didn't know about scratch techniques and I'd see beat juggle and stuff on some old DMC videos but had never really realised how developed it was. When I looked into it a bit more and found out there were all these scratch techniques which people had worked out then I straight away ordered a proper scratch mixer and got right into it. Luckily Ade was doing the same thing at about the same time & we spent many hours together comparing what we had learned and trying new things, it was a great time!

Ade: I've never really considered myself a turntablist. I've always been more focused on playing good tunes & putting sets together, but I do like to incorporate scratching and trick mixing into my sets.

HJ: You were one of the first crews to bring turntablism to Carmarthen town with the legendery DJ Woody gracing the decks way back when! How has the artform progressed from these early days of vinyl manipulation?

X2K: Yeah I got DJ Woody down not long after we had seen him win the Vestax World Championships, it was a nerve racking night as I knew many people wouldn't be aware of the scene and wasn't sure if people would come, luckily it was a huge success.

When we got into the turntablism side of DJing it was already pretty developed, all the techniques where already written down and defined and people like Craze had set the standard for battling and battle records were available. I suppose the next development was people cutting their own one off vinyl specifically for their routines, this allowed for more more technical & busy sets but that the same time took some of the excitement from taking a fixed piece of music and turning it into something new by only manipulating the records.

Following that there were CD decks which behaved like vinyl but it never really caught on. Then DVSs (Digital Vinyl Systems) appeared and now these are very heavily used in the scene, they make life lot easier and allow you to try many new things as well as protect you from certain technical failures and needle skips. The current evolution of the scene now seems to be bringing the extended features of the DVS systems into the routines using midi controllers. 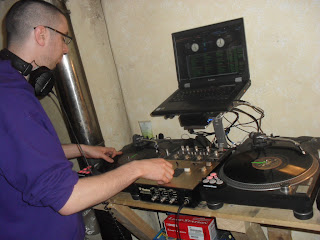 "The set should be fun and hopefully everyone will enjoy it. If you want to know more then come along." ~Tom X2K

HJ: You are both producers in your own right and neither afraid to embrace technology. You are currently using Serato. How has this changed the way you approach your set?

X2K: The new technology is great and offers an infinite number of possibilities but it can get overwhelming as there's so much options available and you can find yourself preparing for you sets sat at the computer instead of stood at the turntables. For this reason I like to keep myself limited and use a few features well rather than try and exploit everything. For me the next step will be working with The Bridge (which combines Serato & Ableton) but I need a laptop upgrade for that haha.

Ade: Serato makes things a lot more convenient for me, I don't have to carry 2 overpacked record bags everywhere I go! It makes beat juggling/trick mixing much quicker, but you still have to have the skills, there's nothing done for you, which is a good thing imo. Also for me personally, it's the only alternative to real vinyl.

HJ: What can we expect from tomorrow night's show?

X2K: After speaking to you about the type of night you wanted to put on we had a good think and decided that we're gonna do a 4hr set of gabba techno & breakcore haha.

Nah we're gonna be playing mostly hip-hop and cutting it up, our set up is 4 Technics turntables, 2 mixers, 2 laptops running Serato and 2 sets of Novation Dicers. The set should be fun and hopefully everyone will enjoy it. If you want to know more then come along.

Ade: Expect to see some beat juggling, scratching, acapella mash ups and some oldskool classics that will hopefully get the crowd jumping! 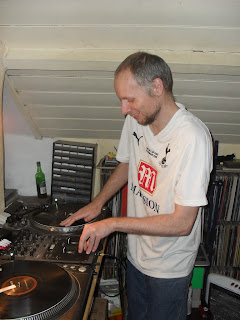 "Expect to see some beat juggling, scratching, acapella mash ups and some oldskool classics that will hopefully get the crowd jumping!" ~Ade


HJ: You're standing at the bar just after pulling off the set of a lifetime and some buff enuff, dutty peng, booty shaker comes up and offers to buy you a drink. What do you have?

X2K: "Jack & Coke for me please but just the one because I'm driving...unless going back to yours is part of the deal" ;-)

X2K: Haha Ade has refused every orange juice I've ever offered him during our practices.

HJ: Looking forward to the show. Any shouts?

Ade: Shouts to all my family, x2k, Jake RADAR, Optimystic, Hari J, Matt Tangled Parrot, everyone at EMW, and everyone who supports the music. Keep it Alive!!!

X2K: Shouts to Ade and all the people who have helped me along the way and people who keep the local scenes going (can't wait to see The Parrot with my own eyes). Also shouts to the all the internet scratch nerds!