An interview with DimmSummer and High Chai Recordings

on June 06, 2011
To carry on the series of interviews by Hari Glitch we take a look at a very exciting label making waves across the pond in New York. High Chai Recordings have just recently released the excellent Sub Continental Bass compilation released on the 5th May 2011. DimmSummer has very kindly taken the time out to talk a little about what to expect from this excellent label. Peace 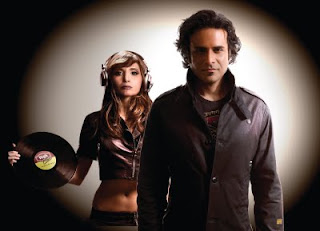 "With bass music, there's always been a love affair between dubstep and Asiatic sounds with monster hits such as Chase & Status’ "Eastern Jam" & Shock-One’s "Adachigahara's Theme"... the eastern melodies and gritty bass are just a natural fit." ~DimmSummer

HG: Welcome to EMW. Please introduce yourself to those who may not know of your work.

DS: My name is dimmSummer, my crew brings low frequency freshness from all over the globe via our NYC to Bombay label High Chai Recordings. Since early 2009 every release of ours has been featured on Beatport, and we've had a few Top Tens and even a #1 on the charts. Check us out: http://j.mp/hcr_beatport

HG: High Chai Recordings are exploring the realms of bass music that's crossing borders. With influences from east and west combining, what inspired you to start on this particular sonic path?

DS:We like good music where ever it comes from.... but I've always been attracted to music that mixed things up, especially with eastern sounds... sitting in the back of my parent's Mercury Marquis (it was the size of a boat and super legit) on long road trips in the early 80s when sounds from the Beatles would run into filmi music on the 8-track - I was hooked... With bass music, there's always been a love affair between dubstep and Asiatic sounds with monster hits such as Chase & Status’ "Eastern Jam" & Shock-One’s "Adachigahara's Theme"... the eastern melodies and gritty bass are just a natural fit. 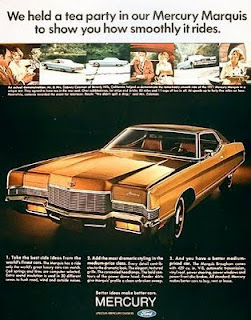 HG: Ever since soundsystem culture in Jamaica or even going way back to the bang of the drum in Africa, the lower frequencies and poly rhythms have driven people to higher states of being. Do you witness a transcendence through your music when played through big soundsystems and would you agree that it is almost a meditative state that people become when listening to low frequency music?

DS: It's definitely a balance between good clean bass and a solid rhythmical top end... you need the full spectrum of sound to make it happen. Just bass can become boring very fast (ever hear the bass rumbling from a car on the street? doesn't make much sense by itself.)

HG: The cover for your Subcontinental bass compilation has an image of a space ship flying over the city. What inspired you and your label to use such imagery?

DS: The Vimana lands! I'd always been fascinated by the appearance of ancient temples in India, some of them sporting an oddly modern appearance while scraping the sky - despite being hundreds of years old. Combine that with texts as old as 3000 years where people of the sub continent chronicle tales of gods fighting with nuclear-type weapons and flying around in great thunderous aerial vehicles several stories high, and you've got a winner. 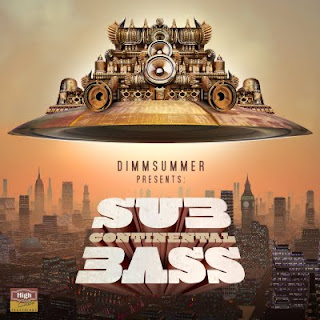 "The Vimana lands! I'd always been fascinated by the appearance of ancient temples in India, some of them sporting an oddly modern appearance while scraping the sky - despite being hundreds of years old." ~DimmSummer 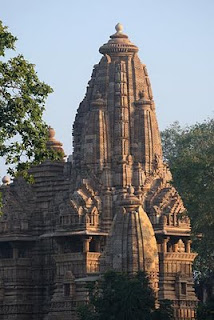 HG: The compilation has a strong selection of artists ranging across the bass music scene. I'm personally really excited about this release and how it's pushing ideas forward. How did you source all these artists?

DS: Many of these artists are heads that we'd known as djs and producers for years, and some are new comers to the bass music scene. Our first big comp Revolution Rising: ethnotechno.com vol. 1 featured some of the godfathers of the Brit-Asian scene like Asian Dub Foundation (remixed by Jahcoozi), State of Bengal (remixed by Sub Swara), Swami (remixed by Shiva Soundsystem), the Nasha Experience, and many more. Our follow-up to that was Nu asian soundZ that started to focus more on dubstep, and this new adventure Sub Continental Bass focuses on all kinds of bass music ranging from tropical to breaks to dubstep to electro and drumstep... I really wanted to showcase some of the evolving sounds that bass music encompasses with one.

HG: There's a strong Indian vibe in a lot of these tracks. I'm familiar with Sub Swara who are also from NYC. Is there a large Asian community who are listening to this style of music?

DS: We don't play to "asian-only" crowds... at every large bass music event we've been to in NYC, be it Rusko, Nero, Chase & Status, etc there's always the ubiquitous Eastern Jam mashed up in some incarnation, but that's about it. We're aiming to change that with our upcoming EPs & remixes with FreQ Nasty, FS, Nucleya, B.R.E.E.D and many others.

HG: In terms of future plans for High Chai what can we expect?

DS: Keep a big look for some serious tunes from the one and only FreQ Nasty, plus a slew of hard hitting EPs and remixes to keep the floors burning. High Chai will also be featured on an upcoming digital album from pioneering bass community website http://theuntz.com/ in support of the super massive 20-city ID Festival http://idfestival.com/ (ULTRA). 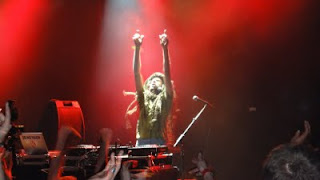 HG: Who else are you really excited about at the moment in the music world?

DS: ZOMBOY. His music is utterly devastating. It's filthy, it's melodic, it's dancey, it's epic. Also keep a ear open for our very own Dead Battery - he just won 2nd place in a Beatport remix contest for Martin Sloveig's "Hello"

HG: What's your beverage of choice when your going in to a deep bass meditation session?

HG: Any chance of a UK tour anytime soon?

DS: Oh def, but no solid plans yet, too many things happening this side of the pond!

DS: Big shout to our boy FS who's hitting the streets on tour this summer, large love to the High Chai fams: Filmi Bollygirl, Cenzo, Rahul, all the artists and fans! 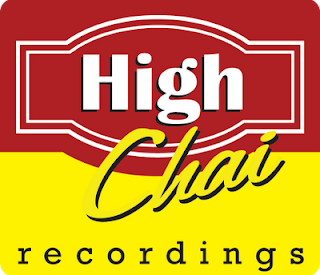