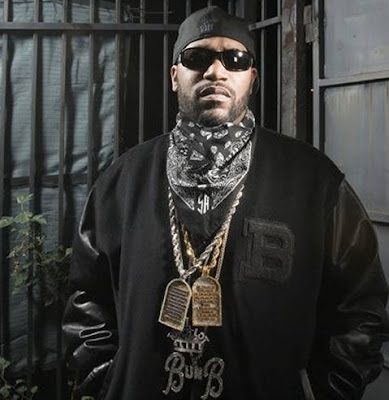 HEAR ALL OF OUR SHOWS


On this masters of hardcore event we have:

Bun B joins us for a feature-length interview to discuss his career as a lecturer of Humanities, Hip Hop and Religion. Far from the crack tales and street rap braggadocio that his artistic persona may suggest, this interview takes the listener on a deep journey into the reasons why Bun B devotes his daily life to teaching, including the conflict between his professional life as a rapper and his aspirations as educator. We also discuss his new album set for release later this year, including confirmed collaborations with DJ Premier and the interesting news that he is set to work once more with Jay Z. As refreshing as a spring breeze, taste a true veteran of the craft.

Onyx are back and Onyx are mad. Sticky Fingaz bounces onto the show to deliver an in-depth and passionate interview regarding the groups new album "Cuzzo" set for release soon. As hardcore as you'd expect, Sticky Fingaz talks politics and conspiracy theories, citing their new video for the track "2012" as a sign of Onyx's attack on the political ideals of America, as well as drawing comparisons between the rap industry and the power structure of society. We also reflect upon the classic work of Onyx, discussing the creation of one of hip hop's hardest albums "Bacdafucup". Essential, edgy listening.

Hieroglyphics are one of hip hop's most accessible and loved creative collectives. It was our pleasure to welcome onto the show Tajai, A Plus and Casual for a round table of discussion, spanning new releases from all Hiero members to deep conspiracy theory discussion, with Casual offering his detailed knowledge of chem trails and mind control techniques. We conclude with a candid freestyle cipher that has to be heard to be believed and round up what inevitably turned out to be one of Hieroglyphics best moments on our show.

Blue Sky Black Death are one of hip hop's most ethereal and creative productive partnerships. They join us on this show to discuss their new album 'NOIR' which is set for release on April 26th. As well as allowing their fans the opportunity to meet the men behind the magic, BSBD also discuss future movie scoring, production work with Vinnie Paz, Jean Grae and the countless other artists that they would like to collaborate with. They also come bearing gifts and give away copies of their new album to some of our lucky live listeners.

Has-Lo makes timeless, mood evoking music that has no parallels in terms of its sonic tragedy and somber vocal explorations. It was our gift to meet the mood maker himself and allow him to share with us the real meaning behind his life as a hip hop artist, including a breakdown of his superb latest album 'If I Don't Make It'. Admired by producers and hip hop fans worldwide, Has-Lo is as every bit as reflective and honest as his music suggests, making for a must hear interview.

UK statue Cyrus Malachi steps proudly onto the show to talk about his latest album 'Ancient Future' and his relationship with the UK mainstream media, citing a distinct lack of support from the ever less powerful British radio outlets such as the BBC. We talk Duckdown, the success of No Cure Records and future Triple Darkness material including a full expansion of the group. There are many of people like us left in the UK and we are winning.

AND THAT'S NOT ALL!

Mista Montana and Menace proudly launch the all new Conspiracy Worldwide Connect social network site at http://www.conspiracyuk.com bringing together the entire global spectrum of Conspiracy Worldwide Radio listeners and artists. Please feel free to join as soon as you can.

If you would like to contact us to discuss interviews with us, promotions, employment or advertising please feel free to e mail us on the email below.