An interview with Daedelus. 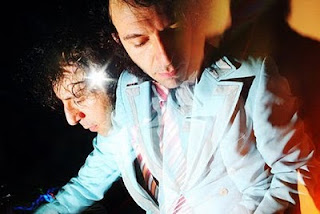 In run up to his appearance at CAI in Cardiff on 11th March it is with great excitement that I release this short but informative interview with Daedelus to the world. Here he talks about his love of vinyl, interest in Wales including mentions of Welsh singer/songwriter Cate Le Bon and talks of his upcoming album on Ninja Tune. Much love.


HJ: Firstly I would just like to say thank you for taking the time out for this
feature. Could you introduce yourself for those who may not be up to date
with your work?

AD: Hello my name is Alfred Darlington, and often trying to live up to the
alias Daedelus. I'm from Santa Monica, California on the very verge of
the Pacific Ocean and I enjoy making music.


HJ: I recently got hold of the DVD Secondhand Sureshots which features yourself
and three other producers from LA. You've got an obvious love for vinyl and
there's a big discussion still going on about the staying power of vinyl, do
you pay much attention to this side of the music industry?

AD: Certainly so, I believe being able to hold the object of music in
one's hands to be empowering. Vinyl is the most physical of formats
(you can actually touch the music in the grooves) with tapes and cds
less tangible (and digital completely invisible) I then prize records
the most. Amazingly the LP format is making a comeback and I'm a happy
witness to the power of a good idea sustaining against market
pressures.


HJ: You have had several releases on many varied labels. Do you alter your sonic
pallet for different platforms or is it normally the case that the labels
are happy to release whatever it is you are doing at the time?

AD: Being signed to a label is a lot like being in a relationship,
sometimes it's true love and at others times like an arranged
marriage, but you can always make it work out for the children (kind
of creepy this metaphor). Regardless each label has personality and I
think it wise to make records with intent, that includes releasing
music that keeps the previous work of the label in mind. I really
don't know if they think about my output the same way in the converse,
I should ask Ninjatune who's putting out my next LP...


HJ: In the email you sent me you mentioned a captivation with Wales. Have you
spent much time in Wales?

AD: Luckily I've had a few tour dates thru, spending a small visit in
childhood, and during my honeymoon. But even before I had those
chances I'd been well obsessed with the country, which I cannot
totally explain, dating back to 4 or 5 years old (to be imprecise). In
following up on those instincts I've come to love the landscape and
the people I've met so it has made some kind of sense. I'm hopeless at
Welsh language, but have tried to express some of my fervor in the
album "Of Snowdonia" and in smaller ways across my entire catalogue.


HJ: In terms of Welsh music, have you come across anything whilst digging that
caught your attention?

AD: I'm a fan of the current Welsh electronic and early HipHop scene in
digging around, it has it's own voice in the world which I very much
appreciate. The rock and balladry (like the excellent Cate Le Bon)
Wales is widely known for I owe particularly much to Huw Stephens for
(doesn't everyone?), exposuring to amazingly endless listening's! 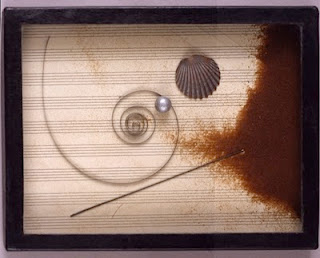 "Check out this mix that Daedelus did for International Tapes a while back featuring tracks from many top producers including Cardiff's very own Stagga. http://www.internationaltapes.com/mixtapes/daedelus/"


HJ: A major part of your live set involves the Monome which is an alien looking

grid of flashing lights and buttons. I see it as a blank piece of paper that
performers can use to paint their own sonic picture. Now with news of the
Arc controller being released will you be taking on this new technology in
your live sets?

AD: It's very tempting to try and find a role for this Arc object. You are
right to call them blank canvases, and thus I'm really curious to take
some time and feel out how it might work best. It's amazing how when
you don't exactly specify how something is to be used people tend to
pour their own purposes into and use in undreamable ways.


HJ: Staying with your live sets, there is an element of theater in the way you
perform with costume being a part of that. You must own some pretty cool
vintage gear?

AD: I'm not intent of theater or antics per say, but I'm not into
repressing what happens naturally either. That includes some pretty
ridiculous movements it turns out, and what I believe to be very
reasonable fashion, if from 150 odd years ago. I think of it as less
costume so much as daily aspiration. In that way it's not unusual, but
perhaps particular, and who wants to go see some slob on stage
either...


HJ: You have a seemingly never ending list of productions and collaborations
happening plus you are currently touring across the world. Is it inherent in
you to keep busy? What happens when you stop?

AD: The world hardly takes a breath nowadays, and just as the news cycle
is cast across many time zones and rarely less then 24 hours same can
be said for music production. I think time is a puzzle to be seen from
many angles, but never solved. All that being said, I'm very amazed
and humbled to wake up each day and still have a small place in this
fast moving river of sound, full knowing that someday people may stop
booking or asking for audio.


HJ: You must write music whilst on the road? What do you use to jot down ideas?
Have you any releases forthcoming that we should know about?

AD: The road is it's own beast, and most production would sound like the
roar of jet engines if I really made music out on tour. I meet some
producer who can do it and I'm honestly jealous, but that is petty
life. On a positive I do have an LP about to be released widely
entitled "Bespoke" on Ninjatune in April with a single something out
in March. It is a wide ranging little full length full of all kind of
mischief.


You can catch Daedelus performing at CAI in Cardiff on 11th March. Big ups to Chrome Kids for the booking and thank you to Alfred for taking the time out for this interview.
Cate Le Bon Daedelus Huw Stephens Interview LA monome Ninja Tune