The annual world music festival is back on the calender for 2011. Small Nations is one of the smaller events that happens in the heart of the Welsh country side each year. Festival goers from all over the world brave the famously unpredictable weather to experience one of the most diverse line ups available in such intimate settings. This year's line up is still being finalized but a few names already confirmed have slipped through the net. So as a little taster of what to expect from this years Small Nations event here are a few performers that will be appearing. 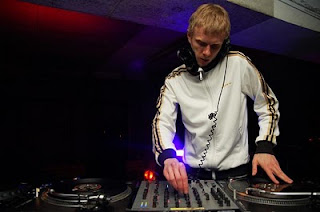 First up is Dublin's DJ Kormac, praised by taste makers across the globe including cut and paste master DJ Yoda, Radio 1's very own queen of dance music Annie Mac, Ninja Tune's DJ Food and the national newspaper the Guardian. His sound is good fun party music, dusty beats scattered with samples from various sources. A mixture of laid back Hip Hop beats and more up beat sounds. DJ Kormac is also involved in an eleven piece band featuring a barbershop quartet backed by drums, double bass, trombone, clarinet, trumpet and banjo. And of course tying it all together DJ Kormac himself directing the sound through the maze of samples and beats that make this music so damn good! 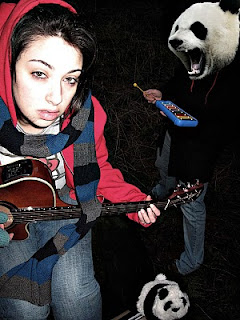 Panda Su is a very rare breed of multi-instrumentalist panda that can be found deep in the north eastern woodlands of Fife in Scotland. Her sound is simple beauty, acoustic instruments meeting occasional head nods towards found sounds and gritty drum loops. Behind the simplicity Panda Su has an obvious talent of building up her compositions in to a whirlwind of different emotions. She has also rebelled against the usual way of life for a Panda, leaving her homeland to do a tour of USA and Canada. Arriving back in Scotland with new found friends in tow she has set up her own label Peter Panda Records continuing the whole cuddly black and white mammal theme. Look for her album 'Sticks & Bricks' produced by ex-Beta Band member Steve Mason. You can listen to her tracks including lead track 'Eric is Dead' on the Panda Su Myspace. Another excellent choice by Small Nations. 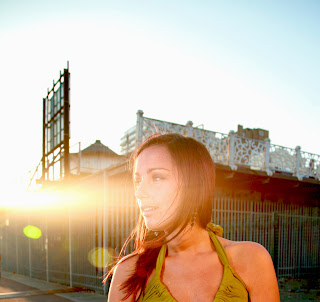 From one species to another now, Lizzy Parks is a soul bird who has sung many a sweet song. Another talented musician from the tender age of seven she has been taken in by styles from the jazz and soul world. These influences are no doubt the reason why she fits in so well with the sound championed by labels such as Ninja Tune and Tru Thoughts. The latter have taken her in seeing appearances with the band Nostalgia 77 an octet of soul and also with the Heritage Orchestra (Brownswood). Her debut album 'Watching Space' was released on indie label 'the Birds' in 2005 followed by her first appearance on Tru Thoughts with 'Raise the Roof' co-written with bass player Riaan Vosloo and Nostalgia 77's Ben Lamdin. She has since then gone on to record an acoustic album called 'This and That' which has seen her performing all over including on BBC 6 music. There is also news of a collaboration with Tru Thoughts producer Hint so keep your ears to the ground for that. 2011 is going to be a special year for this particular feathered songstress.
Check out Lizzy Park's Myspace for more info.


So the first three acts confirmed for Small Nations and I'm sure we're all agreed an excellent and varied choice. Keep checking the Small Nations website for updates and don't forget to purchase your early bird tickets whilst you're there. The festival itself will run from the 8th - 10th July. Mark this date in your calender and remember an open mind is essential. Peace.
DJ Kormac Festivals Lizzy Parks Ninja Tune Panda Su Peter Panda Records Small Nations Tru Thoughts